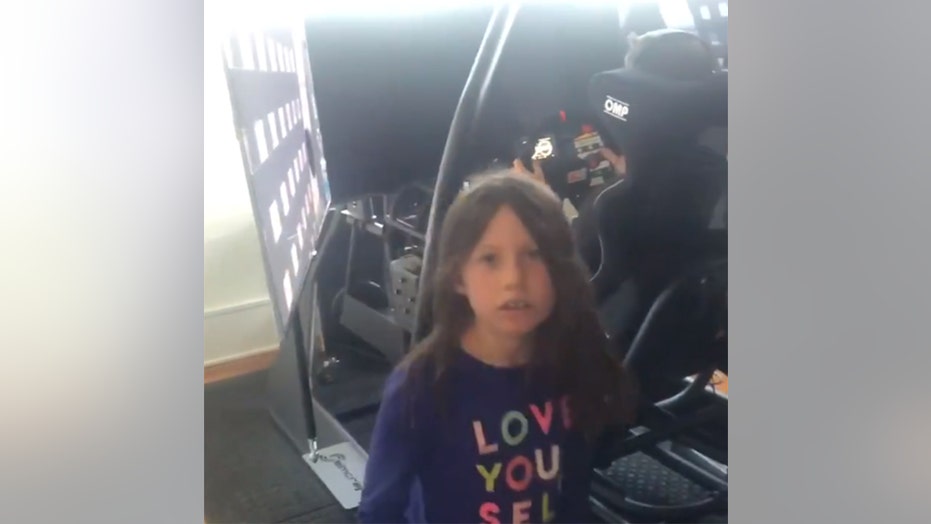 Denny Hamlin finished dead last in the eNASCAR virtual race at Talladega on Sunday, but it wasn’t his fault.

Turns out his 7-year-old daughter, Taylor, accidentally turned off the monitor on his driving simulator when she walked up to him with a TV remote control in her hand.

“I’m mad. I’m p---ed off. But they’re just kids,” Hamlin (jokingly?) said in a video he posted to Twitter explaining why he disappeared in the middle of the online race.

A clip of the incident shows Hamlin waving off a question from Taylor just before the screen goes black and the 7-year-old turning to the camera and saying “uh-oh” as she flees the scene.

“My daughter came in with a remote and essentially ended our day. That’s something you just don’t hear every day, folks,” Hamlin said.

It’s not the first unfortunate incident the two have shared. During the first event of the eNASCAR iRacing Pro Invitational Series, Taylor, working as her dad’s at-home pit crew, brought him a bottle of Coke that sprayed on him and his very expensive driving simulator when he opened it.

Things turned out a little better that time around as Hamlin recovered to win the race.