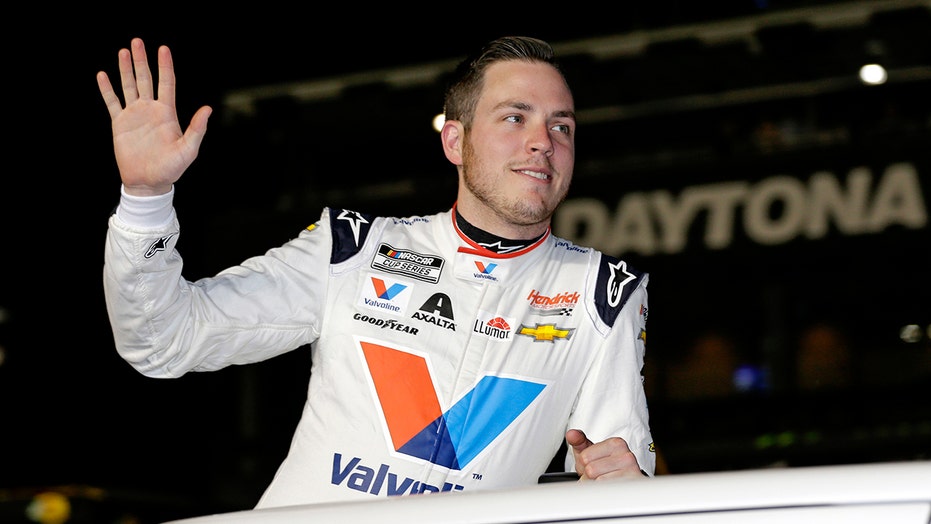 Talladega Superspeedway wasn't immune from “The Big One” or a typical overtime finish, even in virtual racing.

Alex Bowman scored his first iRacing victory of NASCAR's invitational series by holding off Corey LaJoie and Ryan Preece in a two-lap overtime sprint to the finish at virtual Talladega in Alabama. The victory is the third consecutive for Hendrick Motorsports, which got back-to-back wins from William Byron headed into Sunday's esports event.

“I’m legitimately confused how this happened,” Bowman quipped on Twitter. Since the league launched in late March, Bowman has used his Twitter feed to entertain followers with witty remarks about the racing. He sometimes allows his dog to sit in the seat of his simulator.

Garrett Smithley finished fourth and Landon Cassill fifth as less-heralded drivers continue to use the iRacing platform to gain attention. Byron and Brennan Poole were sixth and seventh as Chevrolet drivers claimed six of the top seven spots.

It took just 16 laps for the multicar accident that is a trademark of Talladega racing. Ricky Stenhouse Jr. was leading — not all that unusual for superspeedway racing — when he misjudged a block on Ty Dillon. That happens frequently because of Stenhouse's aggressive style when live racing at Talladega and Daytona International Speedway, and his block misfired and triggered a massive crash.

The race was the virtual debut for Hall of Famer Jeff Gordon, who raced on a rig he borrowed from Clint Bowyer's son, Cash. Gordon was part of the crash but was able to use his one allotted reset to resume competing. He needed the quick fix after his famous No. 24 Chevrolet sailed into the fence.

Because Gordon typically calls the races alongside Mike Joy, he was replaced in the Fox booth this week by Michael Waltrip.

Fox's in-race reporter Bowyer had his race ended by a blown engine for the second consecutive week. He was racing for the lead, pushing Bowman, when the engine virtually overheated.

NASCAR tried altering the starting order for Talladega by inverting the top-10 qualifiers and putting the 10th fastest driver on the pole, but some sort of glitch at the start failed to apply the swap. LaJoie started on the pole and the top three finishers in last week’s race at virtual Richmond started at the back.

That meant two-time winner Byron, Timmy Hill, a one-time winner, and Parker Kligerman, who finished third last week, all started at the back of the 40-car field.

Denny Hamlin, winner of the first iRacing event when NASCAR pivoted to the virtual series because live racing was on hiatus, had his race ended prematurely when his daughter, Taylor, accidentally turned off the screen on his simulator. With no vision, Hamlin crashed.

“Uh-oh,” Taylor Hamlin said, a horrified look on her face as she scampered away from the simulator. Her father finished last.

Ryan Newman made a brief appearance on Fox's pre-race show to say he's healed from the head injury he suffered in the season-opening Daytona 500 and is ready to race when NASCAR resumes competition.

“That’s the absolute plan for sure. I am healthy,” Newman said. “I have been blessed with another layer of this (coronavirus) situation giving me more time to heal and I look forward to being back in the seat, for sure.”

Newman was in a spectacular crash while racing for the lead on the final lap of the Daytona 500 on Feb. 17. Because the coronavirus pandemic forced NASCAR to suspend the season on March 13, Newman has missed just three races so far.

NASCAR said in a statement that Newman has not yet been cleared by the series to return.

NASCAR is hoping to resume its season without spectators as early as May 17. The situation remains fluid as the sanctioning body hammers out a new schedule and finds states that will host the series and teams return to their race shops.

Bubba Wallace, who rage quit a race earlier this month and was fired by the sponsor he represented in that event, did not compete Sunday at Talladega. Wallace said the hours required inside his rig each week to prepare for the virtual races was burning him out after going at least six months without even turning on his simulator.