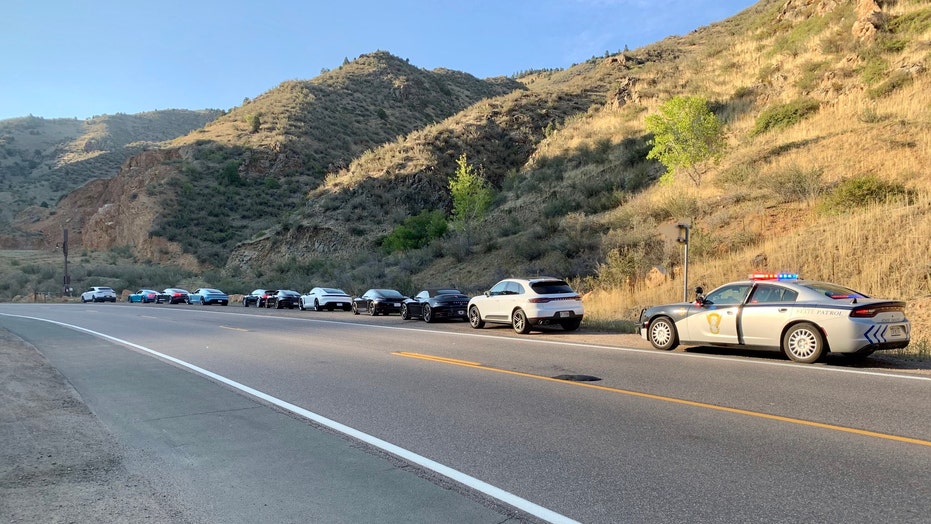 Colorado State Police pulled over 10 motorists — all driving Porsches — who were each allegedly doing at least 40 miles per hour over the speed limit.

“Pro tip — if you and your 9 buddies get caught at 80+ in a 40 zone, all of you get tickets,” wrote Colorado State Patrol Troop 1E on Twitter. “And because it takes a LONG time to write 10 tickets, your dinner plans get messed up. Better, we think, than injuring or killing someone because of your selfish behavior. Please slow down.”

Included with the Twitter post was a photo of the 10 Porsches, all parked along the side a road in Gilpin County, in front of a state police cruiser.

In response to one Twitter user who claimed the photo was “staged,” police shared a photo of the 10 tickets on Twitter.

“Proof’s in the pudding,” reads the caption. “Note the numbering [of the tickets] in the upper left corner. No staging here!”

Colorado State Police’s Public Information Department did not comment on the specific citations, but a spokesperson confirmed that anyone clocked going 40 miles over the speed limit would be issued a mandatory summons into court. The total fines, at that point, would be set by a judge.

Motorists who significantly exceed the speed limit may also be charged with reckless driving “if warranted,” the trooper added.