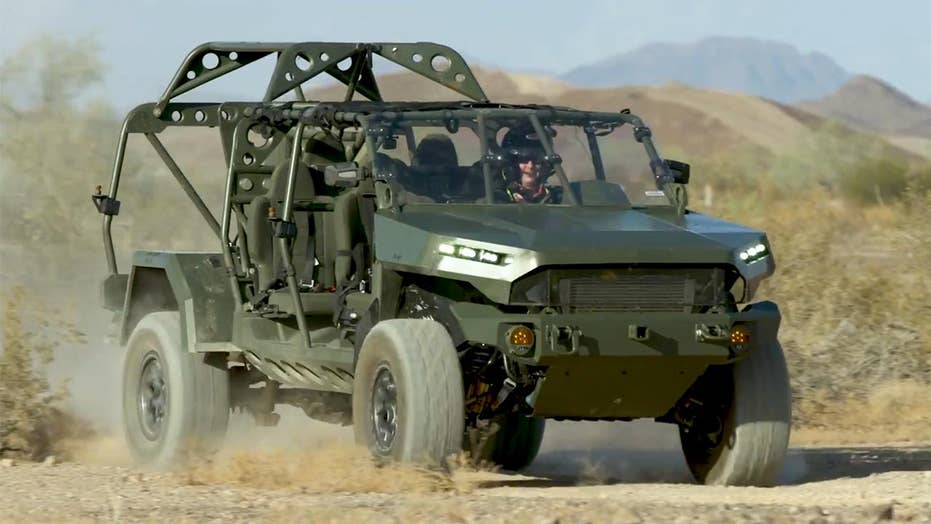 The Chevrolet Colorado ZR2 is reporting for duty

General Motors has revealed the Chevrolet Colorado ZR2-based Infantry Squad Vehicle it has submitted to a U.S. Army competition to build a high-speed off-road troop transport.

General Motors has landed a $1 million contract to build two midsize trucks for the U.S. Army. But they're pretty cool trucks.

The automaker’s recently established GM Defense subsidiary has unveiled a Chevrolet Colorado ZR2 pickup-based Infantry Squad Vehicle that is being considered for acquisition by the military branch. The trucks trade their pickup profiles for an open-top nine-passenger troop-toting configuration, with three rows of seating plus two side-facing seats in the rear. They’re all equipped with four-point harnesses and the truck provides easy access since there are no doors, just a roll cage that offers attachments for gear. It can also be used to strap the truck under a UH-60 helicopter for a lift, unless you'd rather park it in a Ch-47 Chinook, where it fits just fine.

GM says the vehicle shares 70 percent of its parts with the 4x4 Colorado ZR2, including a suspension that features unique Multimatic DSSV shocks that were originally developed for racing and sports cars. Their advanced design allows for high-speed running as well as high-jumping. 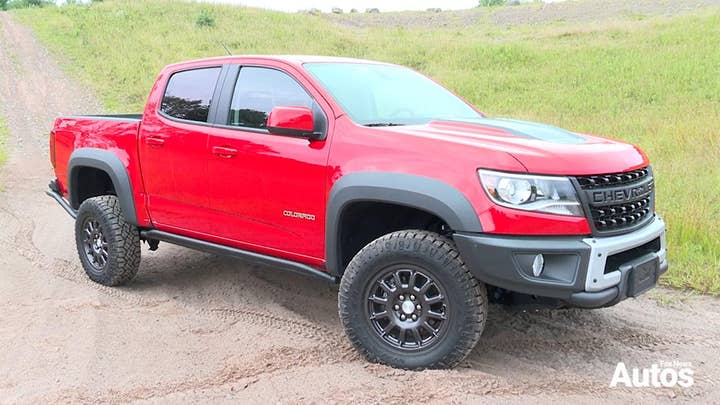 And while the ZR2 is available with a gasoline V6, the test trucks use its optional 2.8-liter four-cylinder turbodiesel engine, which is rated at 186 hp and 369 lb-ft of torque. 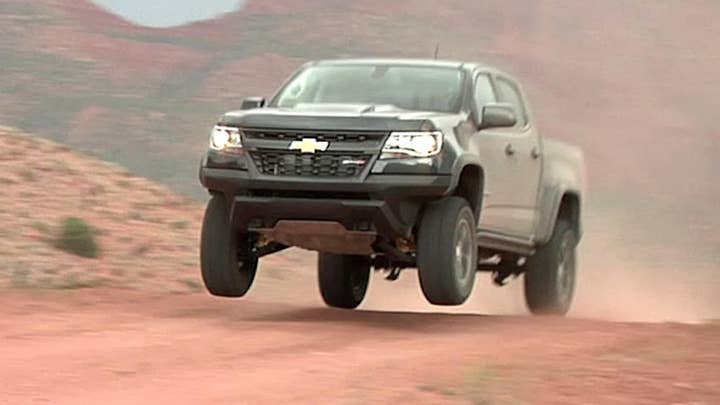 “Our ISV entry is a fully-integrated platform that leverages decades of GM’s engineering, manufacturing and quality expertise at scale to provide the most cost-efficient, reliable and effective answer possible to meet and exceed the Army’s demanding requirements,” GM Defense President David Albritton said about the proposal.

GM President Mark Reuss added in a promotional video that “it makes me so proud as an American to be able to prepare something like this that keeps our troops safe and keeps them on the leading and cutting edge of technology.”

Testing of the trucks will begin in November at the Army’s Aberdeen Test Center in Maryland, where they will be competing against submissions from the teams of Oshkosh/Flyer Defense and SAIC/Polaris for a contract to be awarded in March to build 651 vehicles through 2024. The final per-vehicle price for the program has not been announced, but the production ZR2 starts at $42,000 and the aim of using it as the basis for the ISV is to keep costs as low as possible.