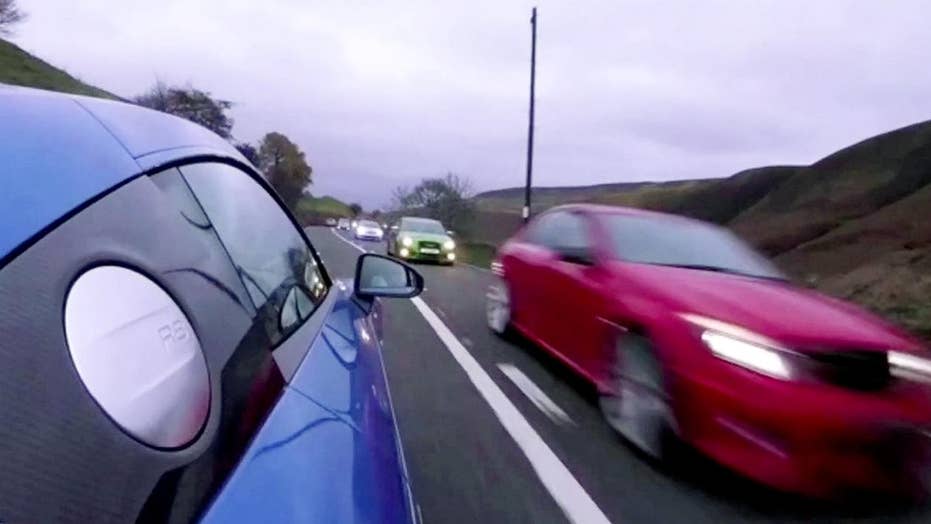 Car reviewer and YouTube channel host Joe Achilles posted a clip of him driving an Audi R8 supercar on a narrow road against oncoming traffic to Facebook last November. He is being convicted by a U.K. court after prosecutors used his own video as evidence against him.

It was bad, but it could’ve been much worse.

Police in Fullerton, Calif., posted a story to Instagram this week about an 18-year-old who had his driver’s license for just six hours before wrecking his Mazda Miata as he tried to beat a yellow light and collided with another car.

But there was one thing he did correctly that may have saved his life.

Photos of the aftermath show the black convertible wrapped around a utility pole with the passenger side bashed into the unoccupied seating area. According to KTLA neither driver was seriously injured in the incident. According to the cops, here’s why:

“He walked away from this collision without injury for one reason and one reason only: he was wearing his seatbelt. Seatbelts save lives.”