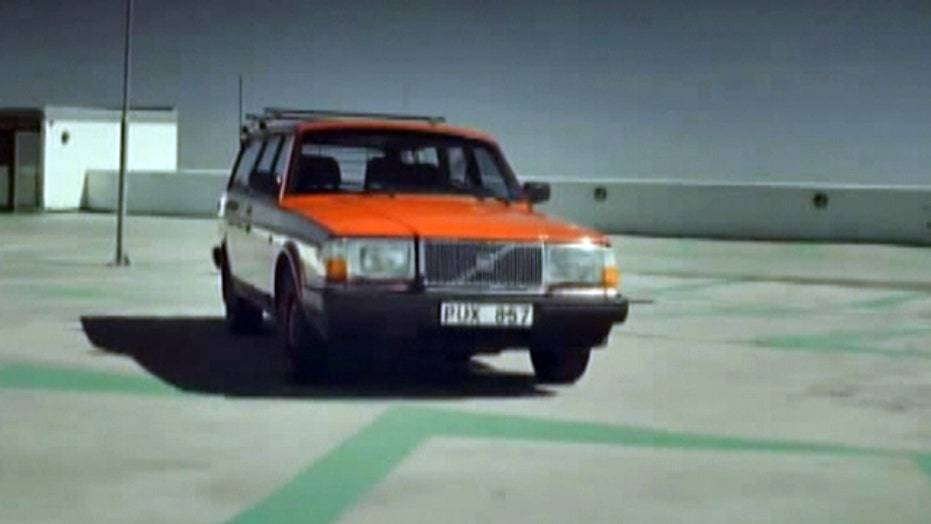 The video was made by Swedish motion graphics designer Christoffer Castor and has so far clocked one million views on YouTube.

A voiceover in the video describes the car’s specifications – and some of its problems. “[It] has four door handles (one of which is broke) … smooth cabin with a slick dash, fancy turning crank [steering wheel] with a fancy safety bladder.”

Castor, a fan of Volvos, says the idea for the video came after he bought a new car, a 1968 Volvo 142, and needed the space to store it.

“I had an idea to make a [video] like a dramatic movie trailer ad for it and we want to [purposely] make it pretty stupid,” Castor told Foxnews.com.

Castor got help from two friends to make the video.

“We went out on two lunch breaks and [combined] it was under two hours to film,” Castor said.

He is selling the car for 7,500 Swedish crowns, or about $1,000 dollars. So far, he has had mostly low-bidders and people asking if it's sold.

“Some people from the U.S. have been emailing me lately asking what the shipping cost is,” Castor said. “They have to look that up, but it would be cool to send the car overseas.”

In Sweden, Castor’s car has gotten a lot of attention.

“Few days ago when I was driving home from work two police officers on motorbikes pulled me over, with blue lights and all,” Castor said. “They asked to take a photo of the car and they told me it was the funniest film they've seen.”

Watch the full interview with Christoffer Castor above.