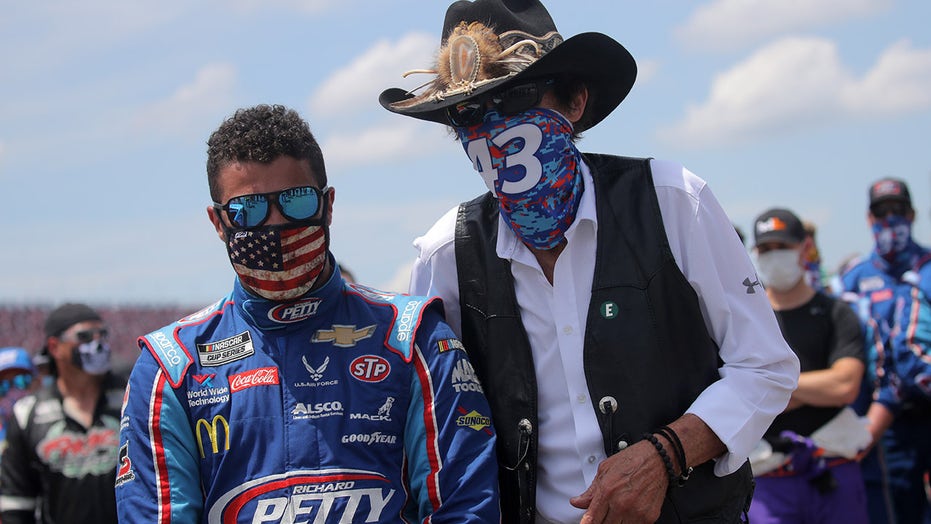 The NASCAR Cup Series driver becomes a free agent at the end of this season and has confirmed he has offers from at least two teams next year.

Wallace told NBC Sports he is in discussions with both his current team, Richard Petty Motorsports, and Chip Ganassi Racing.

US SPACE FORCE TO SPONSOR ED CARPENTER RACING AT INDY 500

Richard Petty Motorsports co-owner Andrew Murstein had previously confirmed to Fox Sports that he had offered part ownership in the team to Wallace as part of a future contract.

Wallace has been racing for Richard Petty Motorsports since 2017. (Chris Graythen/Getty Images)

“Ownership is the next evolution in how Bubba is changing NASCAR and the world of sports,” Murstein told me in an email. “I would love to see other team owners in all sports also give ownership to their athletes.

“That would help build their futures and their net worths long after their athletic careers end.”

Details on the Ganassi offer are less known, but the two sides are understood to be discussing a seat in the team’s #42 car, in which Kyle Larson started the season before he was fired for using a racial slur during an online simulation race. Matt Kenseth has been driving the car since Larson's departure but has been underperforming and said there hasn't been any talk about staying on yet.

Wallace, who is the only active Black driver in the Cup Series, discussed the incident with Larson and said he deserves a second chance. Larson has recently been competing in the World of Outlaws sprint car series and remains under an indefinite suspension by NASCAR, where he made an estimated $9 million in 2019.

Wallace is 20th in the standings and outside of a playoff spot with four races left in the regular season. The 26-year-old landed a contract with Beats by Dr. Dre in July after he took a leadership role in NASCAR's response to the Black Lives Matter movement.