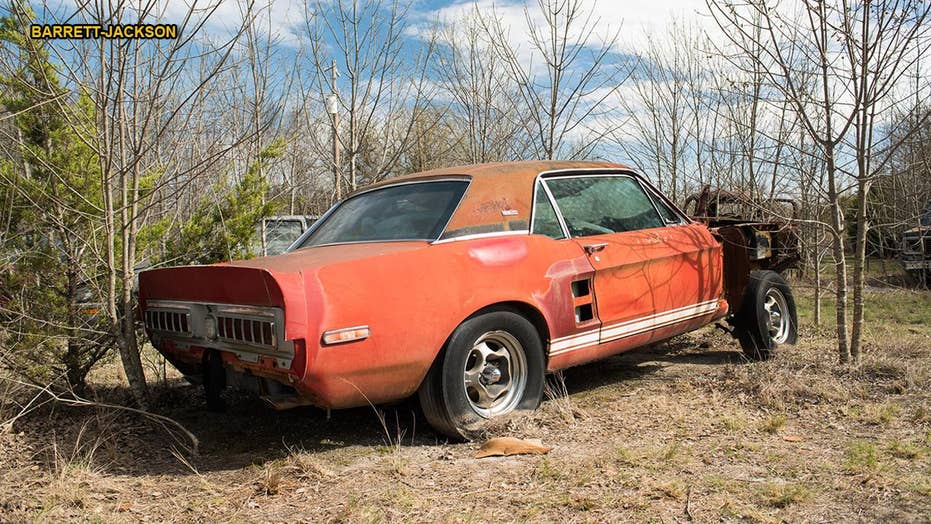 There’s a 1970 Ford Mustang for sale on eBay that you might not give a second glance, but it deserves one. The Mach 1 appears to have faded paint and its best days behind it, but it’s just a façade.

The seller says he had it covered it in a uniquely-designed wrap and put on rusty steel wheels to give it a “barn find” look just for fun, but it’s actually in pretty nice shape underneath. He first owned the car in high school and sold it in 1984, but tracked it down and bought it back a couple of years ago.

The “M Code” Mustang, featured on BarnFinds.com, was originally blue and wears a nice coat of yellow paint today. It has just over 67,000 miles on its 351 Cleveland V8, which is equipped with an Edelbrock air cleaner, and an automatic transmission that replaced the factory 3-speed manual, which is still with the car and will be included in the sale.

The Denver-based owner has it listed with at a buy it now price of $25,000, which is on the low end for the model, according to the Hagerty Price Guide, but is running an auction with no reserve until Sunday, May 19.