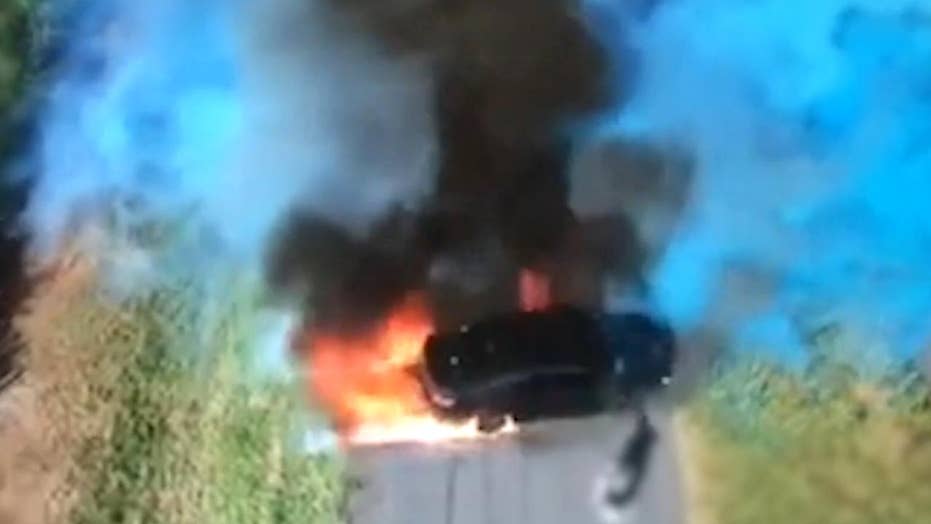 Raw video: Australian police release footage from 2018 gender reveal in Queensland where a car caught on fire during a prolonged burnout.

Police in Australia issued a warning after a gender reveal involving a driver doing a burnout went terribly wrong.

Queensland authorities released drone video on Tuesday of the event, which happened in Norwell in April 2018, indicating the child would be a boy.

THE WILDEST GENDER-REVEAL MOMENTS OF 2018

The driver is seen spinning the Holden Commodore's tires, which were treated to cause blue smoke to billow out from them. After a few moments flames burst from underneath the car and black smoke replaces the blue.

Investigators released the video as a warning to people not to copy the stunt, 9 News reported. The driver was fined $1,000 and had his license suspended for six months.

A similar gender reveal that took place in April, in Silverdale, Australia, showed a blue Ford Falcon also revealing blue smoke as the driver performed donuts in a cul-de-sac. The man's car was confiscated and he, two friends and the baby's grandmother were charged with various violations after police found the video online.