**ONLINE EMBARGO UNTIL 6PM BST APRIL 8, 2018** Petrolhead Jeremy Clarkson ran into a bit of trouble when his SUV broke down on a London street - and had to call a recovery truck. See SWNS story SWCLARKSON. Jeremy Clarkson may once have driven to the North Pole on Top Gear but the motorhead was stranded on a London street when his SUV broke down. The presenter, 57, hopped out of his vehicle in Rotherhithe, south east London, and was forced to wait until the RAC arrived at 5.45pm. An onlooker said: âHe was standing in front of the car talking to two people on the street. âThere were two RAC attendants checking his vehicle. The engine lid was open and they were sorting it out.â (SWNS)

Jeremy Clarkson’s touring came to a grand end over the weekend when the SUV he was driving broke down on a London street.

Royal Automobile Club mechanics got under the hood of the DS, but we don't know if it did any good. (SWNS)

The co-host of Amazon Prime's most-watched show, “The Grand Tour,” was spotted laughing it up with passers-by in the Rotherhithe neighborhood as a crew from the Royal Automobile Club worked on his vehicle.

Clarkson was apparently testing out the the DS 7 Crossback, which is from Citroen’s new luxury brand, and the top of the line model he was in has a starting price in the U.K. of about $60,000. Like the cars from its mother brand, the DS 7 is not sold in the United States.

The DS 7 Crossback is from Citroen's new luxury brand. (DS)

“He seemed very calm but he did look a bit embarrassed when he saw me taking pictures,” the photographer told SWNS.

“It was quite funny to see someone so crazy about cars standing at the side of the road after his vehicle had broken down.”

It’s not known what was wrong with vehicle, or if the mechanics got it going again, but Clarkson does car reviews The Sunday Times, so you can be sure he’ll be writing about it soon.

'THE GRAND TOUR' HITS THE ROAD: 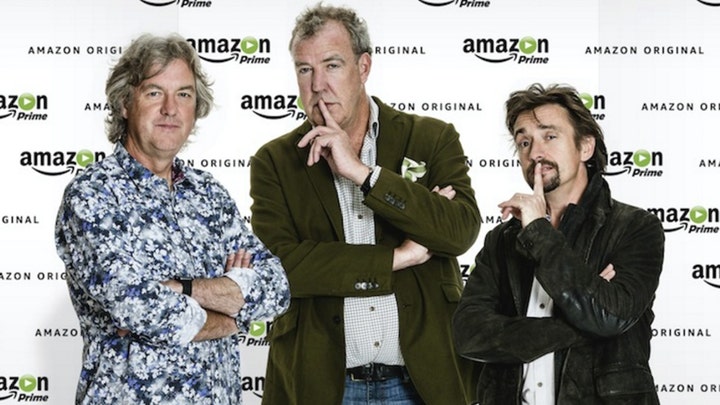