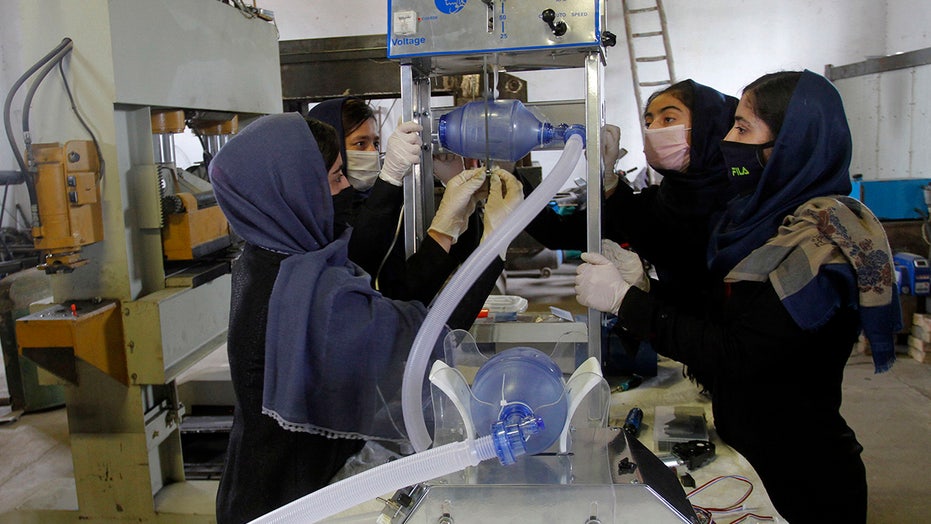 As automakers in the U.S. and around the world repurpose their production capabilities to build ventilators for coronavirus response efforts, a group of schoolgirls in Afghanistan has built one using a car part.

The girls are part of a robotics team that won an international competition in 2017.

They used an open-source design distributed by the Massachusetts Institute of Technology, according to The Associated Press, and incorporated the windshield wiper motor from a Toyota, which is the most common brand seen on the streets of th Asian nation.

The Toyota Corolla is the best-selling car in Afghanistan, while the brand's vans and SUVs are a common sight on the country's security checkpoint-filled streets.​​​​ (HOSHANG HASHIMI/AFP via Getty Images)

Spanish automaker SEAT came up with a similar solution for a ventilator it is manufacturing in Spain.

The frame for the Afghan device was fabricated by the mechanics in the Herat shop where the girls are working on the project, which will be accepted by the Afghan Health Ministry for animal testing before human trials begin.

“Afghans should be helping Afghanistan in this pandemic,” 17-year-old team leader Somaya Farooqui said. “We should not wait for others.”

Afghanistan currently has over 1,000 confirmed cases of COVID-19 and just 400 ventilators available nationwide for its population of 36.6 million. Herat lies in the western part of the country, near the border with Iran, where the virus is widespread.