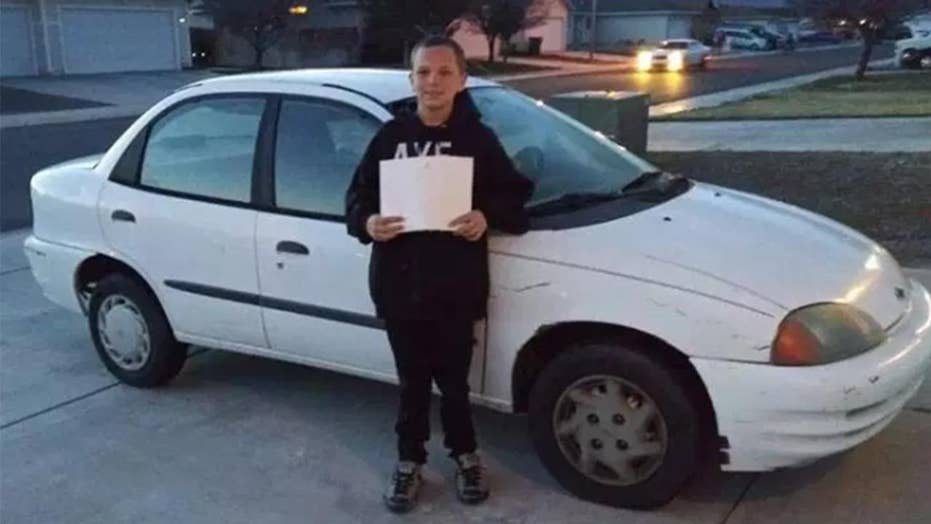 Teen trades in Xbox to get his struggling, single mom a car

Nevada 13-year-old William Preston traded his Xbox and offered to do yard work in exchange for a car he found for sale on Facebook.

A single mother of three facing financial difficulties was “shocked” when her 13-year-old son came home one day and said, “mom I bought you a car.”

Krystal Jo Preston of Fernley, Nev., shared the story on Facebook about how her life has “been hell filled with so many tears, anger, confusion and heartache” in recent weeks, and how her son, William, was helping out as a “lawn mowing, yard cleaning, money making machine.”

Turns out one of his jobs wasn’t for cash. He’d seen a cheap 1999 Chevrolet Metro listed for sale on Facebook and asked the owner if he could trade his Xbox for it, or do some yard work for her, William told KOLO.

“At first she said no and after she thought about it, then she said yes."

William got the idea from seeing videos on YouTube of children surprising their moms with cars. Preston said she thought it was a joke when her son and the seller arrived at her house to take her to pick up the white sedan.

“I was handed the keys and paperwork to the car and I'm freaking out but so in shock like Ong [sp] this is happening right now. So we got into the car it started right up and off we went,” she wrote.

“I am so proud of my son. He is such a good kid. He may have his days but OMG what 13-year-old kid do you know that buys his mom a car... William I love you son and thank you. You have such a big heart and I love you...”