Adam Levine may have lost his shirt off his back during the Super Bowl halftime show, but now he has $1,155,000 in his pocket.

The Maroon 5 singer sent his 1955 Mercedes-Benz 300 SL "Gullwing" across the auction block this past weekend at the RM Sotheby’s event in Fort Lauderdale, where it attracted a high bid that fell right in the middle of its pre-event estimate of $1 million to $1.4 million.

The immaculate Mercedes has 51,478 miles on it, and was repainted and reupholstered in new colors during its life, but is a mechanically original example. Just 1,400 of the coupes were made from 1954 to 1963 and were the fastest cars of their era, selling for around $11,000.

The Voice judge is an avid car collector whose rides have included classic and new Porsches and Ferraris, along with some American muscle cars and Cadillacs. He owned the 300 SL for about 5 years.

MOLDY MERCEDES-BENZ STORED FOR SIX DECADES COULD BE WORTH $1.5 MILLION: 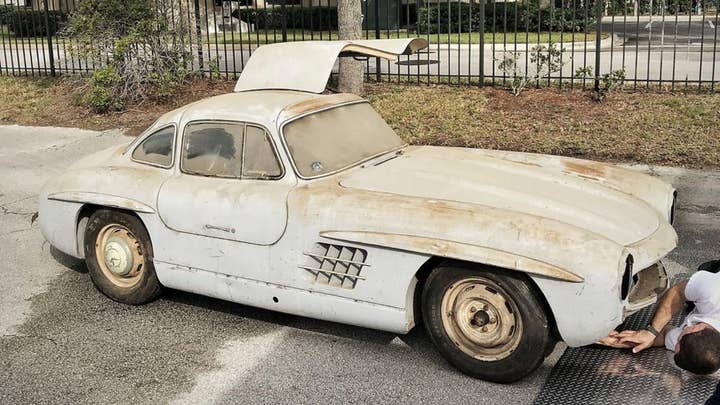