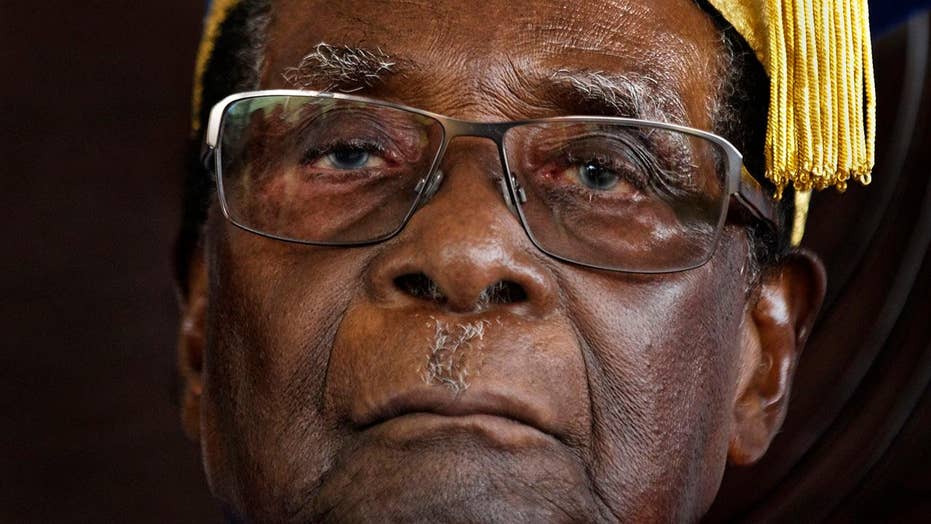 More than 2 million residents of Zimbabwe’s capital on Tuesday were left without drinking water after authorities shut down the main treatment plant, further worsening a region beset by economic instability and drought.

Tuesday’s shutoff comes as the country is still reeling from the worst cholera outbreak in a decade. Meanwhile, water levels in polluted reservoirs have dropped because of drought.

Officials in Harare have struggled to raise the necessary $2.7 million in foreign currency needed to import water treatment chemicals.

City Council spokesman Michael Chideme said everyone living in Harare is affected and that some residents have turned to other options, such as bottled water.

"It is a desperate situation," Deputy Mayor Enock Mupamaonde told The Associated Press outside the closed treatment plant. And more people are affected than thought, he said, estimating that another 2 million non-residents enter the city each day to use its services and conduct business.

Zimbabwe's capital now frequently records cases of diseases such as typhoid due to water shortages and dilapidated sewer infrastructure. Some residents for months have been forced to get water from shallow, unsafe wells and defecate in the open, while children pick their way across fetid yards.

"We are suffering," said Gladys Mupemhi, a resident of the low-income Kuwadzana suburb who said some people woke up at 4 a.m. on Tuesday to wait for hours in line. "We are only allowed a maximum of 20 liters of water per person, what can I do with 20 liters?"

The deepening frustrations have exploded more than once into protests that have swiftly been followed by sometimes violent government crackdowns.

More than 50 government critics and activists have been abducted in Zimbabwe this year, at times tortured and warned by suspected state security agents to back off from anti-government actions.

One abducted woman was forced to drink raw sewage, Human Rights Watch said — a rare example of something that exasperated Harare residents now have in surplus.