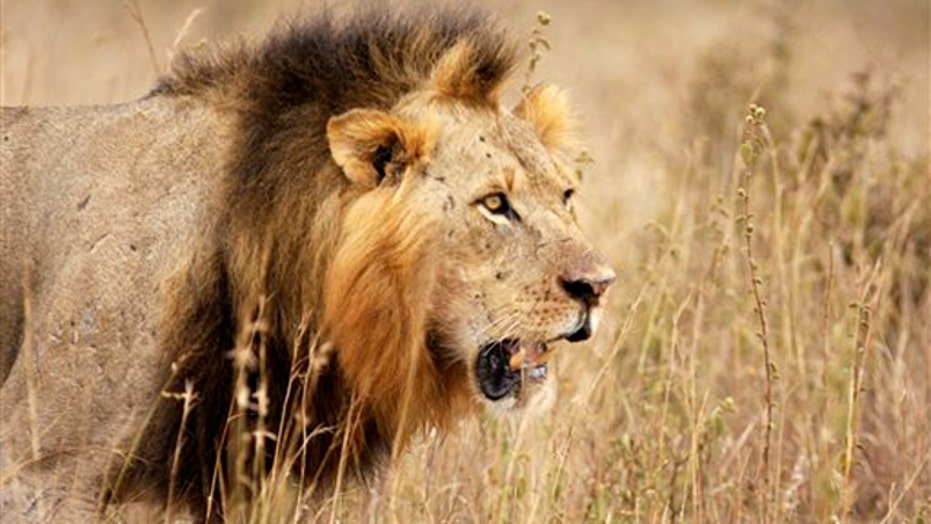 Zimbabwe officials intend to press for the extradition of Minnesota hunter Walter Palmer, who killed a beloved lion named Cecil in a case that has drawn international headlines and raised questions about the gray area between big game hunting and poaching.

Environment Minister Oppah Muchinguri told Fox News he considers Palmer, a dentist who shot the beast with a bow and arrow after paying local guides $54,000, a "foreign poacher," and called for Palmer to be extradited to the Southern African nation to face justice. The minister claims half a million Zimbabweans have signed a petition calling for Palmer to stand trial.

Muchinguri added that the nation's top prosecutor has started the process to have Palmer extradited. Fox News understands the Zimbabwean police, investigating the poaching charge, will work with the country’s Justice Ministry to contact U.S. authorities and formally ask for Palmer to be extradited.

Experts say the furor around the killing has damaged both sides of Zimbabwe’s tourism industry, which includes wilderness expeditions for both hunters and photographers. Desperate for foreign currency, Zimbabwe is on a knife-edge between ecologists and hunters, and the high-profile case has put a spotlight on alleged corruption in the awarding of lucrative permits which allow hunters to kill animals.

It’s alleged that Palmer or his guides illegally lured Cecil off a government reserve in Hwange Park during a night hunt. Palmer has declared in a statement that he believed he was acting within the law, but a source in Zimbabwe said Palmer was in a car which was driven into the park with the carcass of a dead animal towed behind it. Cecil the lion was then coaxed into following the car and carcass, the source alleged, to ground outside the park, where Palmer wounded him with a bow and arrow. The wounded lion disappeared in the bush, and was tracked down and finished off some 40 hours later.

The hunters with Palmer reportedly decapitated the lion in order to remove the animal’s GPS tracking collar so they could hide its’ location from park authorities.

A petition sent to the Obama administration calling for Palmer to be extradited has passed the 100,000-signature threshold that requires White House review. The incident presents a diplomatic dilemma for the White House, which may be reluctant to work with a nation known for one of the world's most dismal human rights records. In fact, in recent days a backlash has developed against what some say is hypocrisy in trumpeting te death of an animal in a nation - and region - where human life is cheap.

Relations have been strained between the U.S. and Zimbabwe for decades. Zimbabwe, which is ruled by brutal dictator and "president for life" Robert Mugabe, has a record of torture, land grabs by the ruling ZANU-PF party’s supporters, nepotism and corruption.

In the U.S., Sen. Bob Menendez, D-N.J., said he will introduce legislation banning the import of animal trophies such as lions. The acronym for the name of the Bill he wishes to bring to the House is C.E.C.I.L.

Fox News understands Walter Palmer, who is in hiding, has now made contact through a representative with US Fish & Wildlife officials looking for him. Federal Fish and Wildlife Service investigators reportedly have visited Palmer's home and office, seeking to question him about the killing of the lion.

Fish and Wildlife had offered to assist Zimbabwe in its investigation of Palmer, who was reportedly convicted of illegally killing a bear in Wisconsin in 2009. Though Palmer's lion kill took place in Zimbabwe, he still could be in trouble in the U.S. if it is found that he violated the Lacey Act, an animal protection law that also applies to Americans who violate the animal rights laws of other nations.

Paul Tilsley is a freelance reporter and producer for Fox News, based in Johannesburg, South Africa. Follow his African stories on @paultilsley