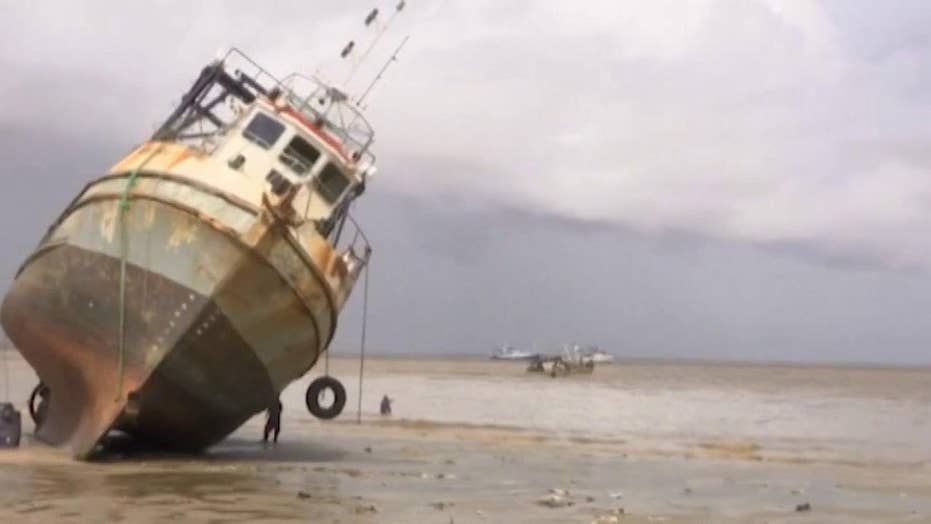 A 71-year-old woman’s selfless trek to donate clothing and kitchen supplies to victims of the deadly cyclone in southern Africa has caught the attention of one of the continent's richest people.

Telecoms tycoon Strive Masiyiwa, who is Africa's eighth richest person according to Forbes, revealed on Facebook that he will be building a home for Plaxedes Dilon – who is known as Gogo Magombo – a grandmother living in Harare, Zimbabwe, who lugged her aid more than 10 miles on foot to help out victims.

Her selfless journey has been praised in Zimbabwe and around the world after the Highlands Presbyterian Church in Harare shared a photo of her last week. The church is coordinating relief efforts for thousands displaced since Cyclone Idai struck southern African in mid-March.

“This gogo had no 50x for combi, walked the whole way from Mbare to Highlands just to donate her pots to give to people in Chimanimami,” the church wrote on Facebook.

Combi – or kombi – is the informal name for public minibusses in Zimbabwe. Mbare is a southern suburb of Harare while the church is located more than 10 miles away.

“This is the biblical ‘widow’s mile,’” Masiyiwa said on Facebook. “What she did is one of the most remarkable acts of compassion I have ever seen.”

He continued: “When this is over, I’m going to find her, and invite her to come and see me, if possible. Then I will spend time in prayer with her. Then I will build her a house, anywhere she wants in Zimbabwe. It will have solar power and running water. Then I will give her a monthly allowance of $1,000 for life.”

Jessica Mhonderi stands in front of what used to be her son's home in Chimanimani. Zimbabwe, Saturday, March 23, 2019. Mhonderi lost her daughter-in-law and three grandchildren to the Cyclone Idai induced rains last week that swept through Mozambique, Zimbabwe and Malawi. (AP)

Dilon, who wakes up every morning at 4 a.m. and walks long distances selling clothes, had just returned home when she heard of the cyclone disaster on the radio.

“I immediately packed the clothes and jackets that I earlier purchased for resell and carried my bag to Star FM the following morning,” she told ZimLive.com.

'SECOND DISASTER' WARNED IN MOZAMBIQUE AS CHOLERA A CONCERN

Masiyiwa, whose company is leading local and international relief efforts for communities in eastern and southern Zimbabwe who were hit by the cyclone, said Dilon’s act of generosity moved him.

Men search to salvage what they can from a house which was damaged by Cyclone Idai in Chimanimani, Zimbabwe, Saturday, March 23, 2019 after Cyclone Idai caused floods that swept through Mozambique, Zimbabwe and Malawi. A second week has begun of efforts to find and help some tens of thousands of people in devastated parts of southern Africa, with some hundreds dead and an unknown number of people still missing.(AP Photo/KB Mpofu)

More than 750 people are confirmed dead in Mozambique, Zimbabwe, and Malawi and dozens of communities have been cut off since Cyclone Idai made landfall on March 14,

As search and relief efforts continue, no one knows how many people are missing, or dead.

All numbers for deaths are still preliminary, warned Mozambique's Environment Minister Celso Correia. As flood waters recede and more bodies are discovered, the final death toll in Mozambique alone could be above the early estimate of 1,000 made by the country's president a few days after the cyclone hit, said aid workers.

The cyclone reshaped the landscape. Powerful waterfalls now rush down mountainsides that once had been forested with pine and eucalyptus trees. In some places, only the roofs of homes protrude from the now boulder-strewn ground.

UNICEF's deputy regional director for eastern and southern Africa, Bo Viktor Nylund, visited some of the most affected areas in eastern Zimbabwe and said the children's agency was appealing for $150 million for humanitarian aid for Zimbabwe, Malawi, and Mozambique.