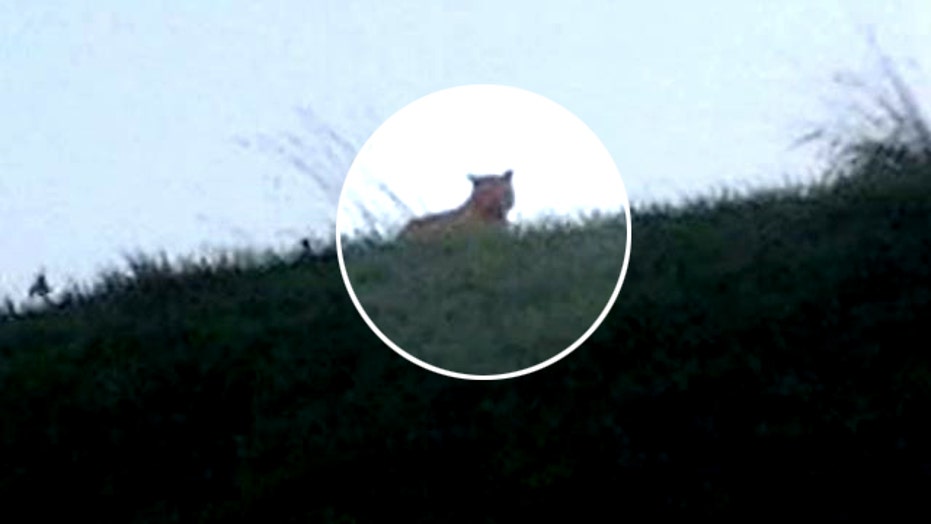 Reports: Tiger on the loose near Paris

PARIS – French authorities say a young tiger is on the loose near Disneyland Paris, one of Europe's top tourist destinations, and have urged residents in three nearby towns to stay indoors.

The town of Montevrain sent out a news alert on its Facebook page Thursday saying a young tiger was spotted in the brush behind tennis courts and a soccer field about 5 1/2 miles from Disneyland Paris.

An examination of a muddy footprint showed the tiger weighs about 154 pounds and is about 1 1/2 years old, said Clement Joly, a Montevrain spokesman.

Police and rescue squads roped off a security perimeter and urged people living in Montevrain, Chessy and Chalifert to remain indoors. If they must travel, residents were told to stay inside their cars as around 60 police, fire and other security forces tried to track the tiger.

Police were using a helicopter, a specially trained dog and a wolf-catcher to aid the search, authorities in Seine-et-Marne said.

To be safe, school children in Montevrain were accompanied home at the end of Thursday's classes, Joly said.

Where the tiger came from is still a mystery.

The Parc des Felins, a wild cat animal park 18 miles from Montevrain, said all of its animals were accounted for. EuroDisney, the operator of Disneyland Paris, said it has no tigers in its theme park.

Disneyland Paris calls itself Europe's No. 1 tourist destination with 14.2 million visits in 2013. Officials at the theme park said no special precautions were being taken Thursday inside the park due to the tiger.