Pueblo Sin Fronteras, a group of activists escorting the migrant caravan of thousands of Central Americans traveling to the U.S., is being blamed by many — including the migrants themselves — for encouraging such a risky trek.

The group, which is comprised of about 40 U.S. and Mexican activists, gave the caravan an option in October. The migrants were asked whether they wanted to continue to the U.S. southern border or stop in Mexico, where the government offered to let them stay.

Pueblo Sin Fronteras, or People Without Borders, warned the migrants the offer might be too good to be true and called on a voice vote — to which the crowd yelled to keep moving toward the U.S.

Since then, former allies and some migrants have said the group downplayed the risks involved, particularly for those with families and small children.

The organizers also were accused of misleading caravan migrants about how long they would have to wait on the Mexican side of the border to apply for asylum.

Irineo Mujica, a leader among the caravan organizers, rejected the criticism, telling The Associated Press that the group's “commitment first and foremost was protecting the lives of migrants and giving them as much information as possible.”

US PLEDGES MORE THAN $10B IN AID FOR CENTRAL AMERICA, SOUTHERN MEXICO SO MIGRANTS CAN STAY PUT

“To blame the people who are helping is crazy,” he said.

Adelaida Gonzalez, a member of the migrant caravan who traveled with her son and neighbor from Guatemala City, said she wished she’d accepted Mexico’s offer to stay and work in the southern state of Chiapas.

"We were never told along the way that it would be this hard," Gonzalez, 37, said after she saw the border wall topped with razor wire and the long waiting list for asylum seekers. 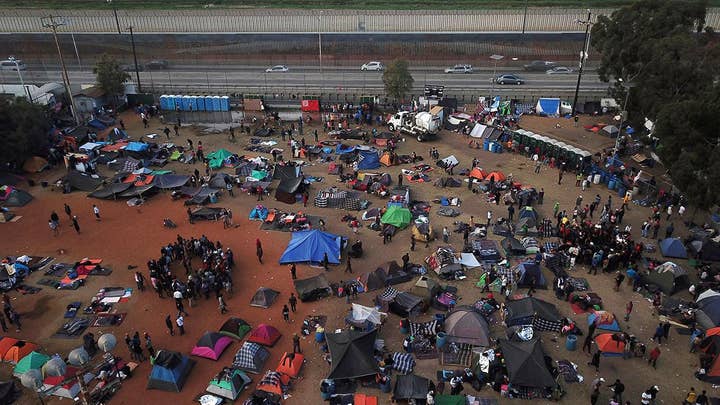 Roberto Corona, the founder of Pueblo Sin Fronteras, said in the organization's defense that attorneys along the way told the migrants they could be held in U.S. detention centers for months and possibly separated from their children. He said that ultimately the migrants — many of whom were escaping poverty and violence in Honduras, El Salvador and Guatemala — made their own decision.

"They know the wall is very big, and they will not be very welcome in the U.S. by many people," Corona said, "but still they have hope of coming here, that at least their rights will be more protected, and they will be able to make a living." 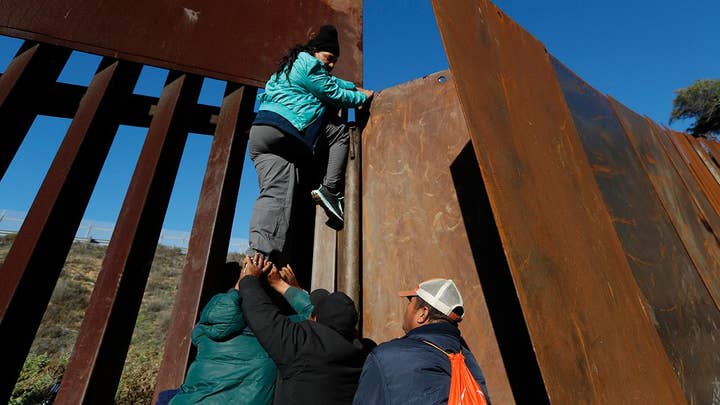 The organization has said it simply accompanied migrants to protect their rights, but it’s clear they play an essential role: It helped charter the route, arrange bus transportation and negotiate with Mexican officials to provide protection. It also raised more than $46,000 online for emergency housing and food.

This is the fourth and biggest caravan of Central American asylum seekers that Pueblo Sin Fronteras has helped reach Tijuana. When the caravan crossed into Mexico, it numbered 7,000; about 5,500 made it to Tijuana.