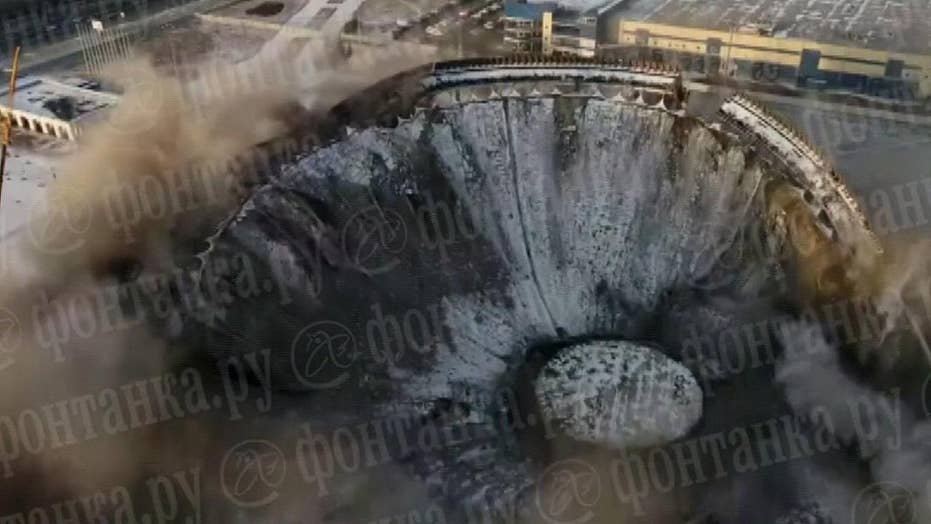 A demolition worker died Friday when the roof of a Russian sports stadium collapsed, authorities said.

Drone footage posted online by the Fontanka media agency shows a worker standing atop the St. Petersburg Sports and Concert Complex when the roof gave way and began to crumble. The man rushes toward another worker inside a cage as the footage pans out and shows the stadium collapse.

The 29-year-old worker, who was identified as Matvey Kucherov, was later found in the rubble, the BBC reported. He was one of four employees cutting metal cables atop the complex. The other worker was reportedly suspended on a crane and escaped alive.

The Russian Emergencies Ministry said other workers were alive and were being questioned. The complex was opened in 1980 for the Summer Olympics in Moscow and hosted various concerts and sports events.

A view of stadium, sports and concert complex Petersburgsky, collapsed during disassembly of the roof in St.Petersburg, Russia on Friday. The Peterburgsky stadium, one of the biggest stadiums in Europe, had been built for the 1980 Moscow Olympics and was being converted into an ice hockey arena for the 2023 IIHF World Championship. (AP Photo/Dmitri Lovetsky)

It was undergoing reconstruction to host the 2023 Ice Hockey World Championship, the news agency reported.