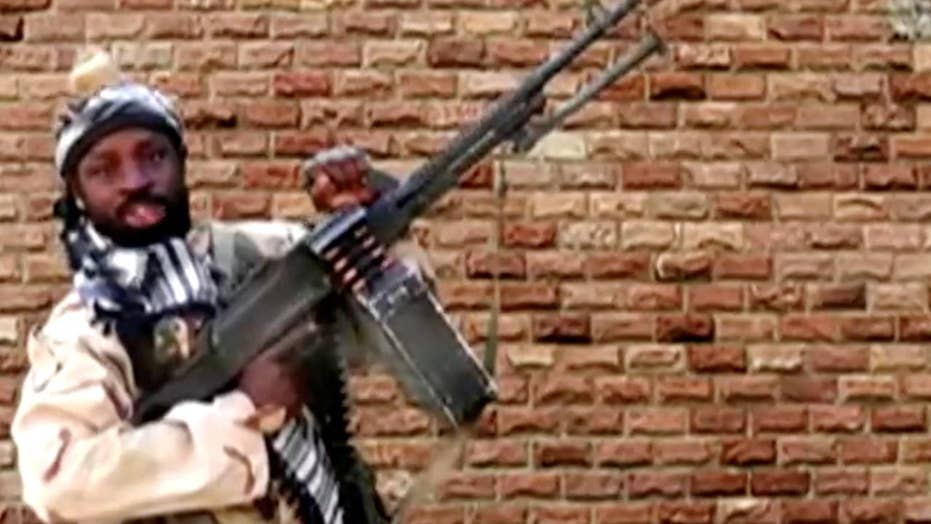 The Nigerian army has rescued 54 Nigerian civilians – 29 women and 25 children – from the clutches of the terrorist group, Boko Haram, the African country’s military announced Monday.

According to military spokesperson Sagir Musa, troops retrieved the captives during a clearance operation over the weekend in Borno State. The fighters are believed to have fled in the area ahead of troops’ arrival.

Boko Haram insurgents for years have waged war across swaths of northern Nigeria, carrying out bombings of markets and large-scale assassinations, with mass kidnappings also a hallmark of its bloody revolt.

In this file photo taken Saturday, Aug. 27, 2016, women displaced by Islamist extremists wait for food to be handed out to them at the Bakassi camp in Maiduguri, Nigeria.  (The Associated Press)

Five years ago, the world’s eyes watched aghast after the group kidnapped almost 300 schoolgirls from Chibok in Borno State, Nigeria. Last February, a further 100 schoolgirls were seized after Boko Haram attacked a village in the northeastern state of Yobe.

The protracted violence has prompted some 90,000 Nigerians to flee to villages in Cameroon, which is struggling with its own internal conflict.

Officials, including leadership from the UN’s Refugee Agency UNHCR, this week were in discussions to develop a “safe” repatriation process.

Over the past decade, Boko Haram is estimated to have killed more than 100,000 people, but in the past three years, the group has suffered blows to its survival, with state forces stepping up its decimation of the ISIS-affiliated outfit.