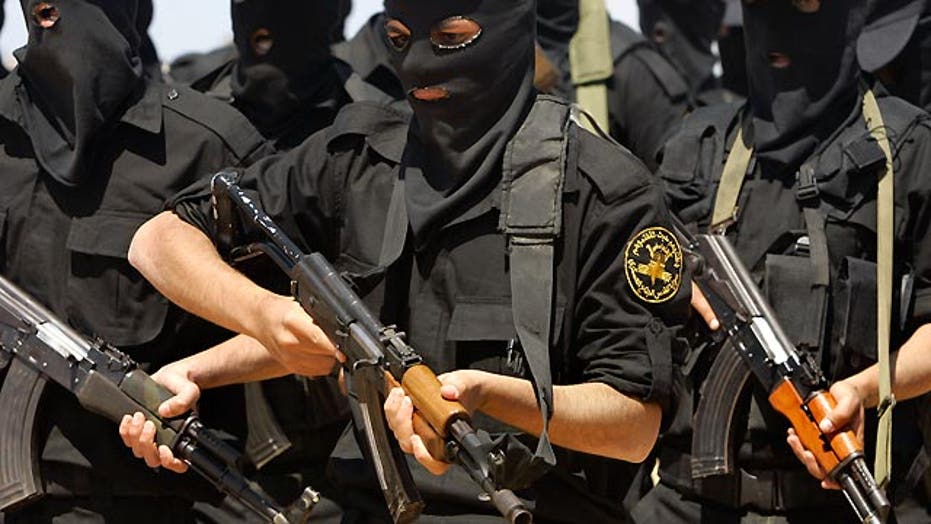 The U.S. should tread with caution regarding any potential contact with Iran in an effort to fight the terror group ISIS, according to former Briton held hostage by the Iranian regime.

Despite initial reports, the State Department last week reiterated it was not coordinating military action or sharing intelligence with Tehran.

Linda Davies told FoxNews.com that her personal experience has taught her that the West needs to be “very, very wary of them.”

Davies, author of “Hostage: Kidnapped on the High Seas” explains how in 2005 she, her husband and a family friend were surrounded by the Iranian military while sailing in contested waters off the coast of Iran. They were held and questioned by authorities for nearly two weeks until Tehran was pressured to release them.

“Everything that you think that goes with the Geneva Convention didn’t work: There was no phone call to a lawyer. There was no backstop, no safety nets. So we did feel incredibility exposed,” said Davies.

She says her experience with Iran gave her a clear impression of who was in charge.

“Iran is two Irans. There is the 70 percent we know, which is the formal government. And then there is the Revolutionary Guard behind those -- and those are the people we need to fear and we are right to fear.”

While critics have debated whether the West, in particular the U.S., should seek a sort of working relationship with Iran, Davies believes this would be a “good development that we can, should work with them but … we also need to very clear which Iran are we working with.”

“A dialogue with Iran is far better than marginalizing them and pushing them out to a situation where they feel friendless, feel extreme and legitimized in their use of terror,” said Davies.