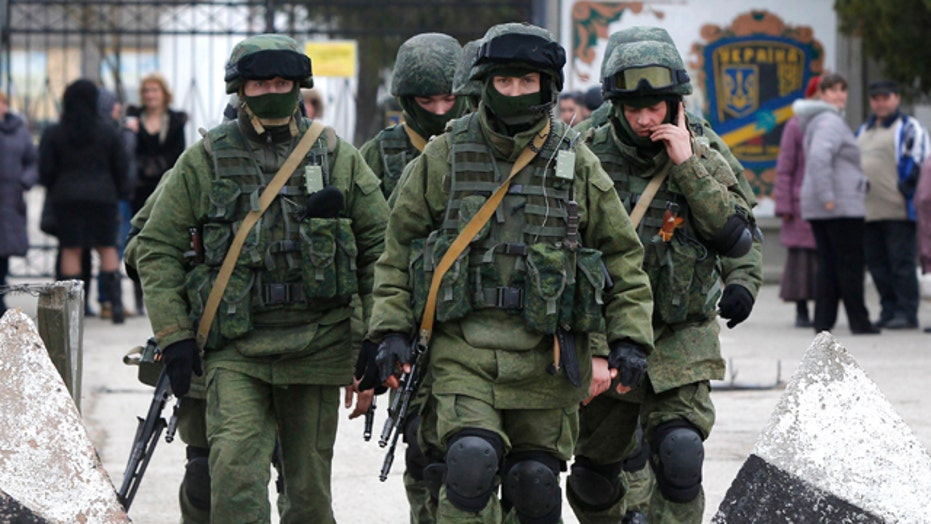 Witness in Crimea: Scared to say we support Ukraine

The presence of Russian troops in Ukraine’s Crimea peninsula has some local residents worried for their future and their safety, according to a Ukrainian living in the region.

Vdovichenko says locals in Crimea are divided into two groups: one supporting Russian intervention and the other backing Ukraine’s new government.

The security situation in Crimea has civilians worried for their safety. “People are scared of armed people and [concerned] over military troops in the city,” Vdovichenko said.

Vdovichenko believes a majority of people in Crimea want the region to remain part of the Ukraine, but many are afraid to voice their opinions.

“We are scared to say we want to be a part of the Ukraine," Vdovichenko said. "Demonstrators who are pro-Russia are free to say that, but we are not.”

Those supporting Ukrainian nationalism and culture risk being bullied by those backing Moscow.

“If I am in the center of my city and I carry a Ukrainian flag or I’m going to speak Ukrainian on my phone for example … they [pro-Russians] will try to stop me,” Vdovichenko said.

Vdovichenko has participated in demonstrations in Crimea, but acknowledges doing so comes with a risk to her safety. She hopes the Russian troops will leave soon.

"My dream [is] that they go away and let us be Ukrainians and let Crimea be a part of Ukraine,” Vdovichenko said.