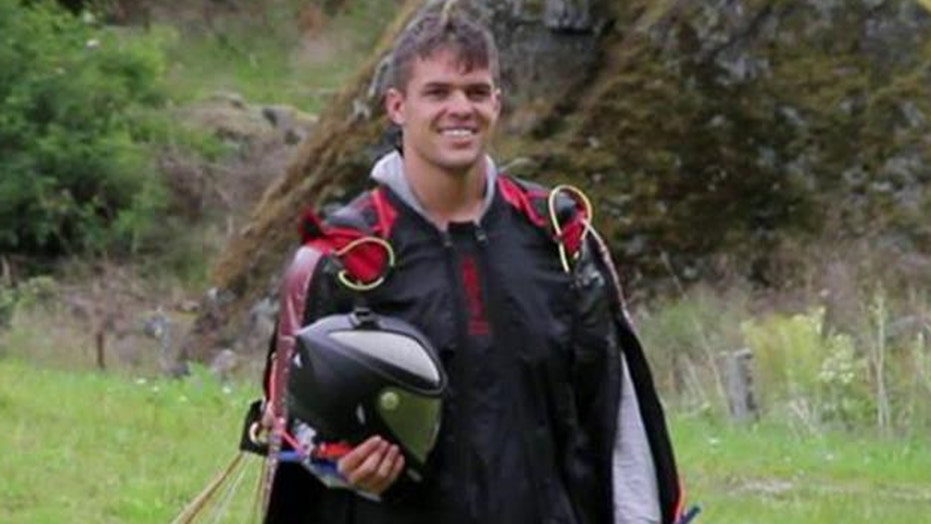 Strange died in a wing suit crash in the Swiss Alps, he was 23

American adventurer Johnny Strange died Thursday in a wingsuit crash in the Swiss Alps. He was 23.

Strange, from Malibu, Calif., cemented his role as daredevil in 2009 at age 17, when he became the youngest person to scale the tallest peaks on each of the world’s seven continents.

A spokesman for Switzerland police in the state of Uri says Strange crashed shortly after jumping from Mount Gitschen in central Switzerland at noon Thursday.

Gusti Planzer told The Associated Press on Friday that the reason for the crash wasn't yet known, but that there were strong winds on the mountain at the time.

A YouTube video [below] posted by Strange on Sept. 28 shows him wingsuit-flying from a Swiss mountain.

Another well-known wingsuit jumper, American Dean Potter, was killed in May while jumping in Yosemite Valley. And Canadian Gabriel Hubert died June 7 during a wingsuit jump.