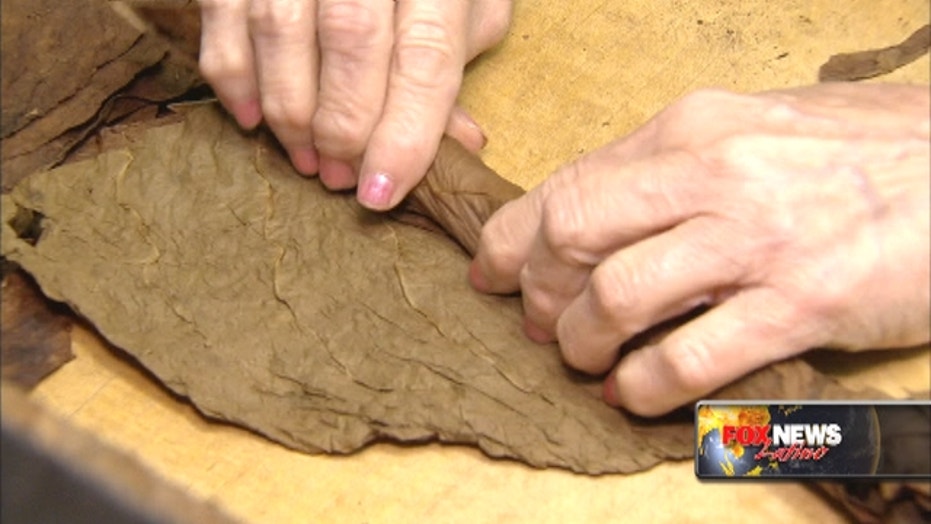 Why the U.S. cigar industry can't wait for you to light up a cuban cigar.

The American cigar industry is looking forward to the day Cuban Cigars will be sold openly in the United States, and is not worried about the iconic cigar hurting business because, frankly, they aren’t as good as you think they are.

“I welcome the cigars coming in from Cuba,” Kaizad Hansotia, CEO of South Florida-based Gurkha Cigars, told Fox News Latino. “It’s going to be great for the industry.”

As the CEO of one of the leading luxury cigar companies in the world, Hansotia believes the possible opening of Cuban cigars into the U.S. market will inevitably benefit everyone in the industry. There’s no question the “mysticisim,’ as he calls it, of the Cuban cigarro will be an allure for customers.

“Absolutely not. In my opinion it isn’t.” He believes American customers are now used to much more complex flavors today that simply can’t be matched by a Cuban cigar.

“The flavor profile of a Cuban cigar is going to be very different than most of the American corporations because we can get tobacco from the U.S., Ecuador, Italy, Brazil, and it creates such a wide profile taste value,” Hansotia explained.  “It’s amazing.”

Thanks to the recent restoration of diplomatic ties between Cuba and the U.S. by the Obama administration, Americans now traveling to Cuba can bring back $100 worth of cigars. The loosening of restrictions has Cigar aficionados in the U.S. pondering what could happen if the 1962 trade embargo were to end – allowing Cuban cigars to flow into the U.S. marketplace freely.

“We would see an increase in sales at the retail level,” said Kevin “Kip” Talley, Senior Director of Federal Legislative Affairs from the International Premium Cigar and Pipe Association. “People are curious about Cuban cigars.”

Talley emphasized that while “the introduction of Cuban cigars would shake up the industry a little bit,” he said, “great cigars are already out there and I think a lot of people already know that.”

Since 1962, the U.S. Cigar industry has done nothing but boom as America became the largest cigar market in the world. Americans are now smoking about 40 percent of the world’s cigars and between 2000 and 2012, cigar sales in the U.S. more than doubled from 6 billion to more than 13 billion cigars a year.

U.S. cigar experts are skeptical that the Cuban cigar industry could even meet the demand of the American market not only in terms of volume, but in quality control of the product.

A lot has changed since the Cuban embargo went in place. Dominican Republic, Honduras and Nicaragua have become the top three cigar-producing countries in the United States and in that time they’ve advanced and adopted manufacturing practices that, Telley believes, have not been in place in Cuba.

“These manufactures are rotating their crops, they are keeping their soil fresh, they are practicing strong economic and agricultural practices that I don’t think Cuba is really following,” Telley said. “They are pushing for as many products as possible for the market place each year and that’s really hurting their soil, really the blood of the tobacco plant.”

Whether prices of Cuban cigars would rise or fall is up to debate. Some believe, for example, that the loosening of restrictions would increase the demand of Cuban cigars or Habanos which have limited annual supply.

Will the mystique surrounding Cuban cigars be enough to propel it in the market place? We’ll see, but for now, it seems U.S. cigar companies are hoping that mystique will at the very least lead to more cigar aficionados.