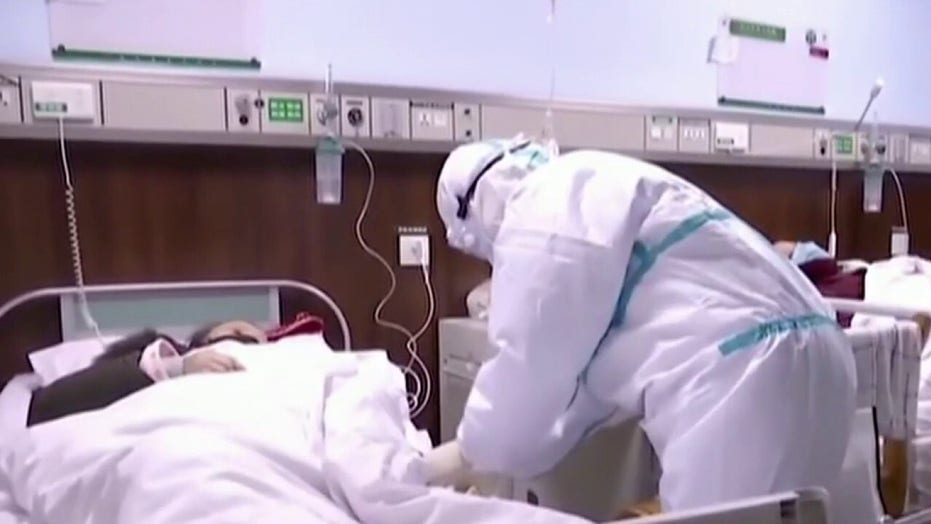 After what appeared to be a sluggish start to the global pandemic that has infected almost every pocket of the planet, Russia's coronavirus caseload is suddenly soaring.

This week, the world's largest nation geographically surpassed the United Kingdom as having the third-highest number of confirmed diagnoses of the novel pathogen, formally known as COVID-19, behind the United States and Spain. And after a relatively few cases were documented in March, Russia now has the second-fastest rate of new infections worldwide. In four weeks, it went from occupying the 20th spot in the world in terms of new infections to the second spot.

"The situation is officially dire. Russia currently has the second-highest number of cases in the world after the United States. But in reality, the situation is almost certainly much worse than we know," Vitali Shkliarov, a visiting scholar at Harvard University's Davis Center for Russian and Eurasian Studies, told Fox News.

However, the real figures are believed to be significantly higher, given the timid approach the government takes in tallying the mortality rate. If a person dies having tested positive for coronavirus in the U.S., it is classified as a coronavirus death, whereas in Russia, the cause of death must have a direct correlation to the illness – such as lung failure – to be added to the official assessment.

Medical workers put on protective gear in order to assist coronavirus patients at the intensive care unit of Vinogradov City Clinical Hospital in Moscow. Three Russian health care workers have fallen out of hospital windows in recent weeks after complaints about a lack of equipment and becoming infected. (AP Photo/Pavel Golovkin)

Nonetheless, Moscow physicians have defended their methodology, insisting that the U.S. and most other European countries are overcounting given that the vast majority who succumb to coronavirus had underlying conditions.

And the pathogen is also ravishing Russia at its highest ranks. Kremlin spokesperson Dmitry Peskov was admitted to hospital on Tuesday following a positive diagnosis, just weeks after Prime Minister Mikhail Mishustin confirmed that he had contracted the disease.

The pandemic has also prompted a popularity plummet for President Vladimir Putin, who insisted on March 18 that the "situation, on the whole, is under control" and that the nation of 145 million is faring much better in comparison to other countries.

A recent poll conducted by the independent, Moscow-based Levada Center showed a 59 percent April approval rating for Putin, a dip from his 63 percent from March and a far cry from ratings which sometimes peaked above 70 percent. In addition, a separate poll published by Radio Free Europe asserted that "only 41 percent of Russians say their government is doing a good/very good job of containing the coronavirus pandemic."

"Putin has the lowest popularity rating of his political career so far," Shkliarov said. "The situation has gotten so bad that the government stopped conducting daily approval rating polls, which they had been doing for years, because the results were reflecting very badly on Putin's handling of the situation."

Russian President Vladimir Putin offers holiday wishes on the Orthodox Easter at the Novo-Ogarevo residence outside Moscow, Russia, Sunday, April 19, 2020. The President has not attended an Easter liturgy during the coronavirus pandemic. All churches in greater Moscow, St. Petersburg and many Russian regions have been closed since Monday, although some churches in remote regions were expected to have services with parishioners attending. (Alexei Druzhinin, Sputnik, Kremlin Pool Photo via AP)

But like most global leaders, Putin – who has been mostly holed up in his home and conducting official business virtually – is stuck between salvaging climbing unemployment and a decimated economy, made worse by the recent drop in oil prices, and managing the public fallout of a fast ascending infection rate.

On Monday, he ordered a loosening of the lockdown he begrudgingly mandated on March 30, signaling that – as of Tuesday – "the national non-working period will end for the entire country and for all sectors of the economy."

Construction and factory workers were given the green light to resume work, but Moscow – the national epicenter of the contagion – remains under tight stay-home orders until at least May 31, as per Mayor Sergei Sobyanin's derivative. Sobyanin has publicly estimated that Moscow, which is already believed to be host to half of the country's infections, could have more than 300,000 coronavirus cases – some three times its current known case count.

In an atypical move, Putin also gave authority to regional governors to make decisions on lifting and imposing restrictions on businesses and other local institutions, which supporters viewed an appropriate decentralized move and critics perceived as passing the buck of responsibility.

"It will likely get worse following Putin's announcement that Russia would begin a partial reopening. Certain restrictions will stay in place, but reopening cannot but increase the virus' spread to a commensurate degree," conjectured John Hardie, a research manager at the Foundation for the Defense of Democracies (FDD). "Moscow has already been a major epicenter of outbreaks in Europe, and that'll likely continue."

In this pool photo taken on Tuesday, April 28, 2020, Russian Prime Minister Mikhail Mishustin attends a meeting with Russian President Vladimir Putin and a cabinet via teleconference in Moscow, Russia. Russian Prime Minister Mikhail Mishustin says he has tested positive for the new coronavirus and has told President Vladimir Putin he will self-isolate. (Dmitry Astakhov, Sputnik, Kremlin Pool Photo via AP)

He also pointed out that Russia's sudden spike in cases was an illusion, as the country's outbreak "had likely been building for quite some time while going underreported by authorities."

"During January and February, authorities recorded large spikes in what was reported as pneumonia, but which likely represented unreported COVID-19 cases," Hardie continued. "Russia waited a long time – until late March – before imposing a partial lockdown, and even those rules weren't always terribly well-followed."

The massive health crisis that has rattled the world has also, according to experts, exposed glaring fragilities in the Russian health care system.

"A large number of infections have occurred in Russian hospitals, where shortages of personal protective equipment and other infection control problems have spread the infection among health care workers and patients," noted Judy Twigg, a Russian specialist at the Center for Strategic and International Studies (CSIS). "(But) it has fared better than many people expected. The system overall hasn't been as overwhelmed as we initially feared. There have been some instances of temporary, localized overload, but in general, there's been enough surge capacity."

She underscored that leaders have been converting some facilities to COVID-19-only hospitals and building more.

"Of course, there have been some problems – shortages of personal protective equipment, which has caused high rates of infection among health care workers, and shortages of anesthetists and resuscitation specialists. Some hospitals have been reaching out on social media trying to find the right kinds of specialists to help in their facilities," Twigg continued, emphasizing that actual death figures won't be known for some time. "We won't know for sure until we have a chance to compare mortality data from this year to comparable time periods in previous years."

Transparency issues, too, have beleaguered the Kremlin's overall handling of the crippling crisis.

Russia reported its first coronavirus death on March 19, that of a 79-year-old woman in Moscow. However, that was later amended as being caused by a blood clot and deleted from the formal coronavirus death toll. And in early April, a physician and outspoken critic of Putin was detained while attempting to travel from Moscow to a rural region to deliver personal protective equipment (PPE).

Dr. Anastasia Vasilieva, the head of the Alliance of Doctors, had long contended Putin's claims about an improved health care system and days prior to the arrest had expressed skepticism over official numbers, according to local media. At the time, the Kremlin was boastful of its clampdown efforts – insisting that its mass testing program had brought about starkly low mortality.

And compounding the calamity, several ventilators treating coronavirus patients in ICU in the St. George's Hospital in St. Petersburg suddenly caught fire on Tuesday, claiming the lives of five people. A day earlier, an eerily comparable blaze ignited by the same model killed one person in a Moscow hospital.

While the medical manufacturer has maintained all safety inspections were passed and pointed to a possible electrical problem, the matter remains under investigation by authorities, and red flags are subsequently being raised in the U.S.

The Russian ventilator model implicated in the deadly infernos were reportedly the same ones sent to New York last month at a discounted rate – reportedly by a company under economic sanctions – at a time when Gov. Andrew Cuomo was making a desperate appeal for the devices over fears of a shortage.

But the worst of the coronavirus saga in Russia might be yet to come, or yet to be exposed, some critics have cautioned.

"The situation in Russia is very much akin to that of China. The government controls the media and is not being open and transparent about a growing public health crisis," added Peter Pitts, president and co-founder of the Center for Medicine in the Public Interest, and former associate commissioner with the U.S. Food and Drug Administration. "Even so, reports from Moscow show Russia as the emerging epicenter of the pandemic, and Moscow is under lockdown. The COVID-19 virus is immune to propaganda, mistruths and half-truths."