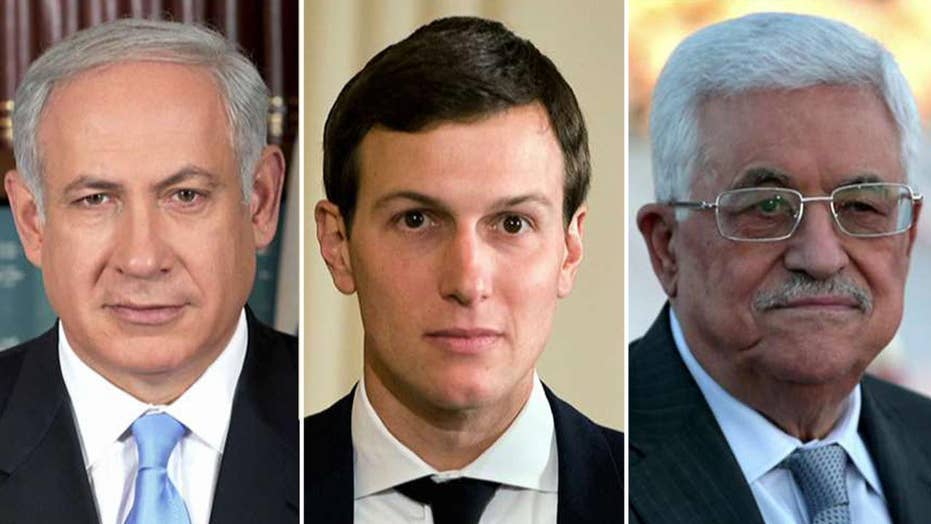 Kushner meets with Netanyahu in push for Mideast peace deal

JERUSALEM – White House adviser Jared Kushner has begun a round of talks with Israeli and Palestinian leaders as he resumes efforts to restart peace negotiations.

Kushner, who is President Donald Trump's son in law, arrived at Israeli Prime Minister Benjamin Netanyahu's office in Jerusalem on Thursday afternoon. He was then to head to the West Bank city of Ramallah to see Palestinian President Mahmoud Abbas in the evening.

Kushner told Netanyahu that Trump is "very committed" to achieving a deal that will bring "prosperity and peace to all people in this area."

Trump took office with hopes of forging what he calls the "ultimate deal" between Israelis and Palestinians.

But there have been no breakthroughs so far, and Palestinian officials have begun to voice impatience with the lack of progress.