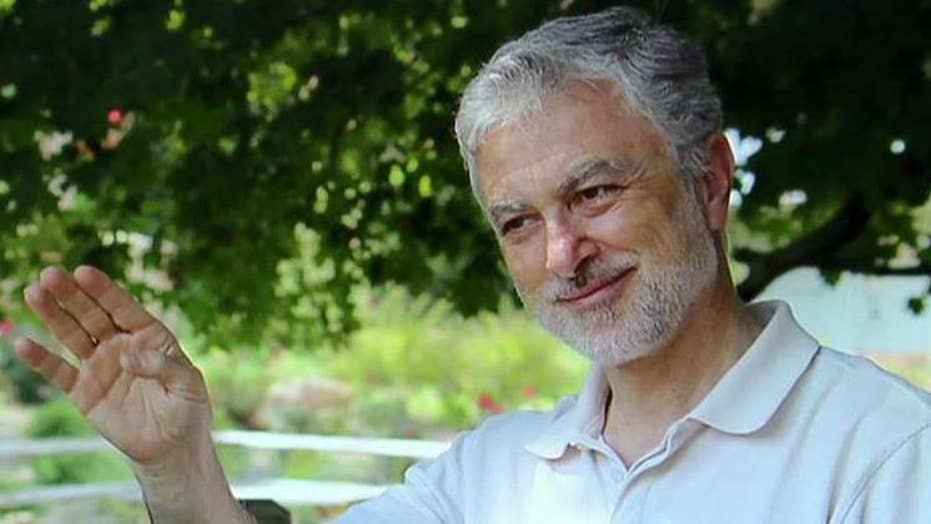 It was a Valentine's Day 2017 phone call that left Maryam Kamalmaz – then 31 and leading a quiet family life in Texas – raw.

Her father, the renowned psychotherapist and humanitarian Majd Kamalmaz, had been taken by Syrian government forces after being stopped at a Damascus checkpoint. His disappearance came less than a day after he ventured into the war-torn country of his birth following a death in the family. He also went to offer professional support to those traumatized by the country's protracted civil war.

The 61-year-old Syrian-American has not been heard from since, but his wife and four children in the U.S. refuse to give up the fight for his freedom, and have launched their own "Free Majd" public campaign.

"We have been trying to find his exact location for a while, we put out advertisements on Facebook," Maryam Kamalmaz told Fox News. "We are just looking for whoever might know something to reach out to us; we're waiting for any leads to come in. We want to ensure he is still alive."

But the silence has been deafening. The family received credible proof-of-life months later, from a detainee in a Syrian military jail cell on the fringes of Damascus. He said he conversed first-hand with Majd.

"My dad noticed this other detainee's anxiety; he went over and started comforting him and sharing what little food he had with him. This man told us he could never forget our father – his compassion and the way he cared," Maryam called.

WHO ARE THE AMERICANS BEING HELD AS 'POLITICAL PRISONERS' ABROAD?

After all, her dad had devoted his life to the service of others and holding the hands of broken, anguished individuals trapped in trauma.

Majd Kamalmaz – who immigrated to the U.S. as a boy with his parents – wanted to use his skills as a therapist to help others from his first home, and in the heat of the war opened a psychosocial healing center for Syrian refugees in Lebanon. However, his devotion to improving the mental health of others – usually paying from his own pocket to do so – started long before the eruption of the Syrian war in 2011.

Maryam Kamalmaz said that as a child, she watched her father come and go from pockets of the planet where he thought he could make a difference, however modest.

"Whenever a natural disaster struck, he was there. He worked in Louisiana after Hurricane Katrina," she said. "When the tsunami hit Indonesia, Majd went there to serve others. He also worked with war victims in Kosovo and Bosnia following the catastrophic wars in those countries."

Happier times: Majd Kamalmaz with his grandchildren in the U.S. (Kamalmaz family)

Those who know or worked with Kamalmaz describe him as a gentle soul who lights up a room - someone who is soft-spoken and who goes out of his away to make others feel just a little bit better about themselves.

"He wasn't political, it wasn't a Syrian activist," his daughter emphasized. "He just wants to help people who needed help."

In the initial months after Kamalmaz's apprehension, the Czech ambassador to Syria – who acted as a go-between for the U.S. given that Washington had severed diplomatic relations with Damascus – told the family that Syrian officials confirmed he was in their custody. But the story later changed, and Damascus denied the American citizen was ever held there.

In 2018, Maryam heard that her father was seen alive, although it was not as credible as the first sighting. And for two years, not a word.

THE RISE AND FALL OF SYRIA'S FIRST LADY: WHY THE US IS GOING AFTER ASMA ASSAD?

While Majd did not hold a Syrian passport and very much identified with his American upbringing, the Bashar al-Assad government in Syria does not recognize dual citizenship. It automatically treats anyone born in the country as a sole citizen, making release negotiations all the more challenging for Washington's inter-agency hostage recovery fusion cell.

The cell was formed at then-President Obama's behest in 2014, following criticism over discombobulated endeavors to free Americans and the outcry over the beheadings of journalists James Foley and Steven Sotloff.

The Trump administration, which has made securing the release of Americans unjustly detained a priority, has garnered much success in the last few months. U.S. Navy veteran Michael White was freed from Iran and NASA scientist Serkan Golge returned home from Turkey. It has been working quietly to gather more information on Majd Kamalmaz's whereabouts and status.

A handout picture released by the Syrian Arab News Agency (SANA) shows Syrian President Bashar al-Assad casting his ballot on the constitution that could end five decades of single-party domination, as his wife Asma looks on at a polling station in Damascus, on February 26, 2012. (AFP via Getty Images)

"The U.S. Government is in frequent contact with the Kamalmaz family to provide support and information. President Trump has made it clear that the safety and security of all Americans is a top priority," Amb. Roger Carstens, special presidential envoy for hostage affairs, told Fox News in a statement. "Bringing home Majd, along with all U.S. citizens held hostage or wrongfully detained abroad, has the attention of the highest levels in the U.S. government."

For the Kamalmaz family, the void and the process is as painful as it is complicated.

"It's the hardest for my mother, she cries every day, and she can't enjoy anything. How can we go out and have any fun when we don't know where he is?" Maryam added. "But we know this is a work in progress; we are working on it. We won't give up on our father."