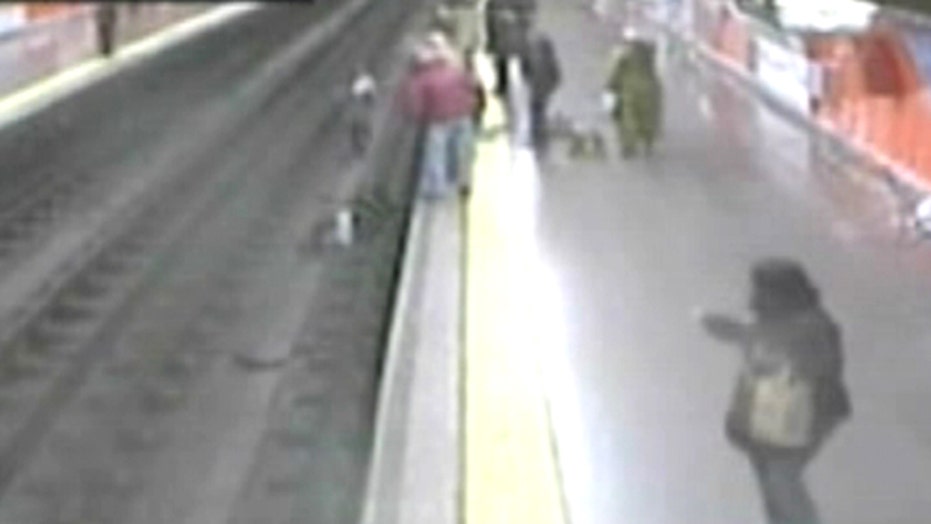 MADRID – Closed-circuit television cameras have captured dramatic images of a Spanish police officer saving a woman from the subway tracks in the Madrid underground as a train was about the enter the station.

The images run on Spanish media websites Tuesday showed the woman suddenly falling off the platform in the Marques de Vadillo station on Monday, causing panic among other waiting passengers.

The police officer, who was further down the platform, immediately jumped onto the tracks and dragged her to the opposite platform seconds before the train entered the station.

Police said the woman, 52, had suffered a dizzy spell. She was treated in a city hospital for minor head injuries.