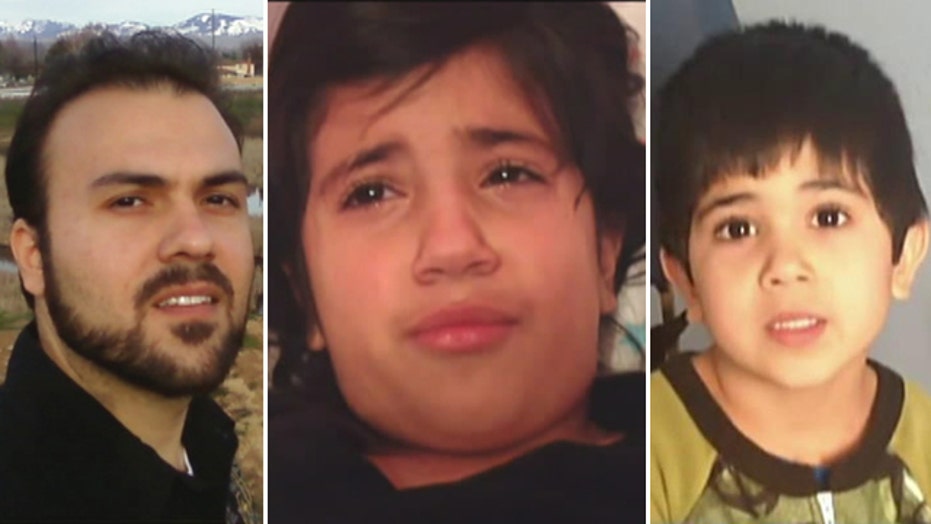 Children of jailed US pastor in Iran make plea to Obama

The wife of imprisoned Christian pastor Saeed Abedini spoke out Monday on the difficult decision to release video of her children pleading for his safe return from Iran.

"As the years go by with Saeed being gone from our family, it's getting more painful for the kids," Naghmeh Abedini told Fox News' "America's Newsroom." "They're saying, 'Mom, what can we do to bring daddy home?'"

"I'm showing the world a glimpse into the torture they're going through every day missing their dad. And I hope President Obama and others see this and say, 'How can we get him home?'"

The American Center for Law & Justices' Jay Sekulow believes the persecution of Christians in the Middle East now presents the White House with a window to secure Abedini's return.

"I think now's the time for the president to say, 'Look, we're having these multilateral discussions on a whole host of issues, including the persecution of Christians in Iraq, and you've got the Iranians saying this ISIS group is terrorists. The Iranians could do something very wise here, and that would be release an American that's held captive,'" Sekulow said.

"I think Iran has a unique opportunity to build some form of goodwill here, and the president -- who has directly asked for his release -- should now demand it."

The 33-year-old pastor is in his second year of an eight-year prison sentence for allegedly evangelizing in his homeland.

"He's in one of the worst prisons in the world," Naghmeh Abedini said. "We should be more than just asking the Iranian government. It should be, 'Bring him home, now.'"