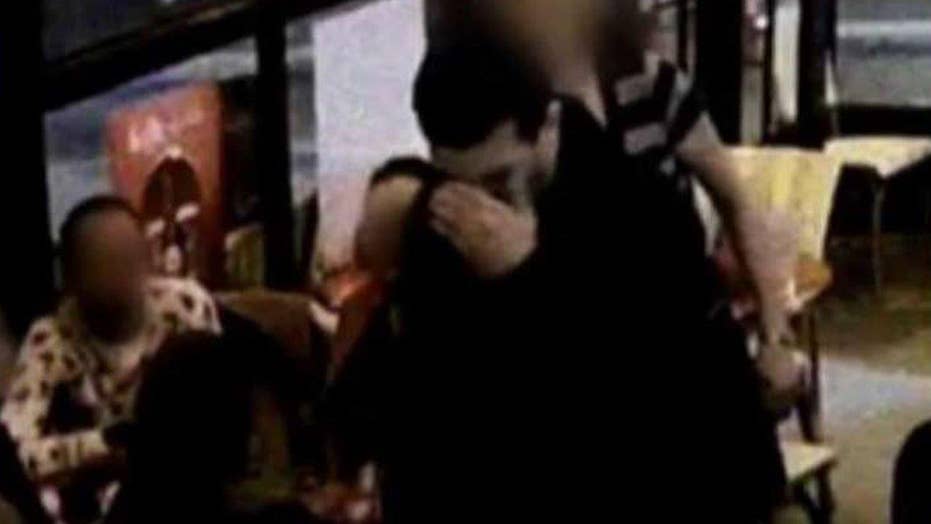 French TV airs video of Paris attacker blowing himself up

Video of an ISIS terrorist blowing himself up in a Paris cafe during last November's attacks on the city was shown for the first time on French TV Sunday night.

Sky News reported that the closed-circuit footage shows Brahim Abdeslam, 31, detonate a suicide belt inside the Comptoir Voltaire restaurant on the night of Nov. 13.

The footage was broadcast on the French television station M6, which aired it as part of a program called 'Zone Interdit" (Forbidden Zone). In the video, Abdeslam enters the cafe, which is packed with diners and walks toward an empty table. He then stops and cradles his head with his left hand before detonating the device. The explosion at his back propels his body forward.

Fifteen people were injured in the blast at the Comptoir Voltaire, but Abdeslam was the only person killed.

Despite the graphic nature of the video, reaction in France has been muted. A spokesman for France's television watchdog told the Associated Press that he couldn't give the total number of complaints but says it wasn't unusually high.

The attacks in Paris targeted several cafes, the Bataclan concert venue, and a soccer match at France's national stadium. In all, 130 people were killed and more than 350 others were injured.

Brahim Abdeslam was the older brother of Salah Abdeslam, who failed to detonate his own suicide vest that night. Instead, he escaped across the border to Belgium and was hunted as Europe's most wanted man.

Salah Abdeslam was finally captured last month, days before members of the same ISIS cell that carried the Paris attacks killed 32 more people in coordinated bombings of the Brussels airport and a Metro station.

At the time of Salah Abdeslam's arrest, it was reported that authorities were led to him by surveilling acquaintances who had attended Brahim Abdeslam's funeral in the Schaerbeek district of Brussels.