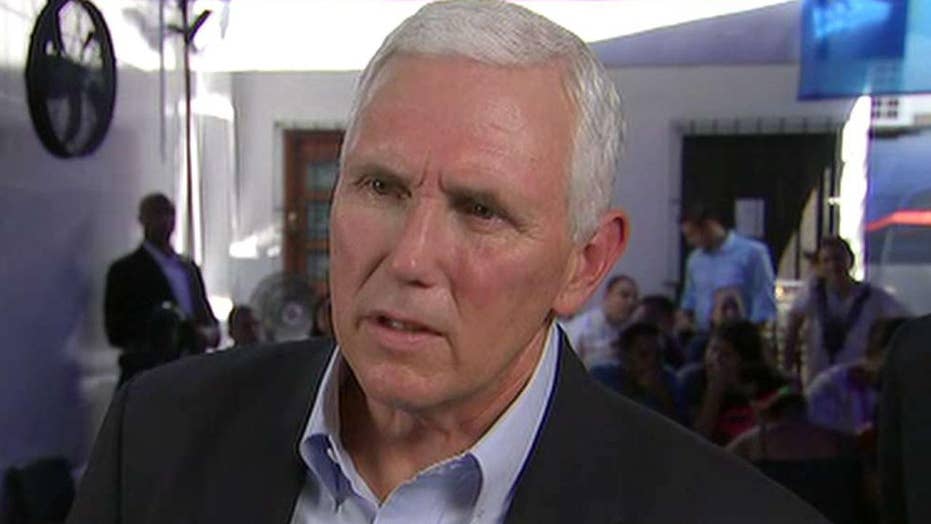 Pence: A failed state in Venezuela is a threat to the US

Venezuelan President Nicolas Maduro’s political allies are moving toward making official what his administration has long been striving for – extinguishing all dissent against the Marxist regime.

The all-power constitutional assembly, created by Maduro, is considering a measure that would punish people who express “hate or intolerance” with prison terms as long as 25 years.

The assembly also established a pro-Maduro “truth commission” that said it will investigate candidates running in October’s gubernatorial elections to see if any of them had a role in violent protests this year, according to published reports.

The moves are the latest that target critics of the Maduro government.

In recent weeks, some of the country’s top opposition leaders, including former mayors Leopoldo Lopez and Antonio Ledezma, were rearrested after they had been released from jail and allowed to serve their sentences at home.

A Venezuela-based rights group, Penal Forum, said there are more than 670 political prisoners in the South American nation, once one of Latin America’s most stable and prosperous democracies.

“They are punishing ideas, and making it clear that those who disagree with the government will pay a very heavy price, not just for their actions but also for their thoughts and words,” Thor Halvorssen, founder of the Human Rights Foundation, told Fox News.

“Maduro has with this most recent announcement done what ‘chavismo’ has been unable to accomplish in 18 years,” Halvorssen said. “There is a worldwide consensus that Venezuela cannot be described in any way other than a full-fledged dictatorship.”

In a July vote, Venezuelans who chose to participate in the widely panned election voted for delegates from pro-government groups to rewrite the Constitution and govern the nation.

Guterres said that Latin America got rid of authoritarianism and this ability this must be preserved.

The secretary-general urged the Venezuelan government and the opposition to restart negotiations "because I believe the only solution is a political solution based on those negotiations."

Guterres said he strongly supports efforts by international facilitators and regional leaders to assist the Venezuelan government and the opposition in negotiating a solution.

"I've been in close contact with all of them," he said.

President Donald Trump said last week that he wouldn't rule out a military option for Venezuela.