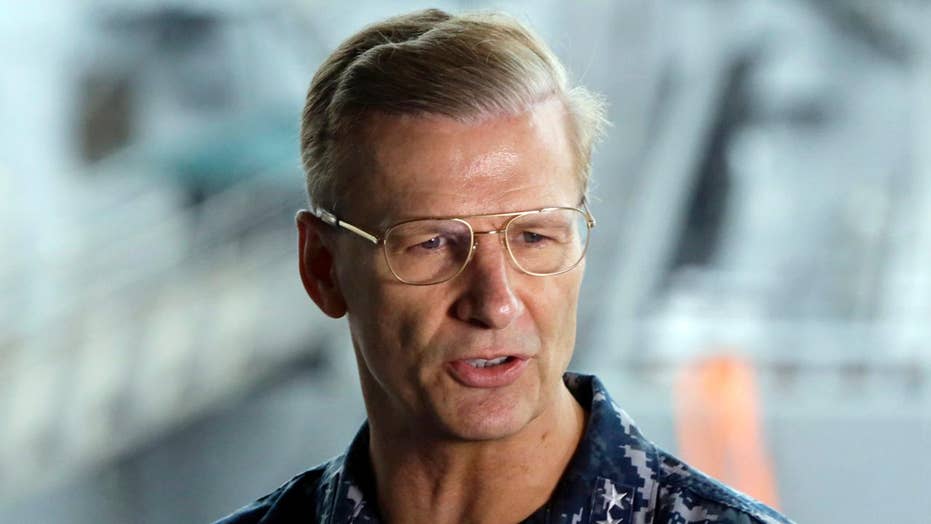 More divers and heavy equipment are needed to open some of the flooded compartments aboard the USS John S. McCain to gain access to the bodies of some of the 10 missing sailors, Navy officials told Fox News on Wednesday.

Officials said that while divers have located some of the bodies, they cannot be extracted due to the extensive damage inside the ship.

In a statement Wednesday, the 7th Fleet said divers were continuing to search flooded compartments in the McCain in the hope of locating more of the missing sailors. The sea-based search “is expanding to encompass a greater area as time goes on,” the statement said.

Singapore's government said the search area more than doubled Wednesday to about 2,120 square miles, with aircraft and other vessels deployed by the U.S., Singapore, Malaysia, Indonesia and Australia.

At least three of the 10 missing sailors have been identified by relatives.

On Monday, the destroyer USS John S. McCain and an oil tanker collided off Singapore, injuring five sailors and resulting in 10 others declared missing. It was the second deadly mishap in fewer than three months.

Seven sailors died in June when the destroyer USS Fitzgerald collided with a container ship off Japan.

Divers search for missing sailors trapped in a warship off the coast of Singapore. (US Navy/7th Fleet)

On Tuesday, Navy officials said divers had located some of the bodies while officials said the Malaysian Navy located a body at sea, but it has yet to be identified.

Later on Tuesday, the U.S. Navy dismissed 7th Fleet Commander Vice Adm. Joseph Aucion from duty “due to a loss of confidence in his ability to command.”

The move follows four Navy accidents in the Pacific since late January – two of which left sailors dead and missing.

The Navy said that Rear Adm. Phillip Sawyer, who had already been named as Aucoin's successor, would assume command immediately.

At any given time, the 7th Fleet has 60-70 warships, 200-300 aircraft and 40,000 Marine and Navy personnel. The U.S. Navy is now down to two destroyers in the Pacific that are capable of shooting down North Korean ballistic missiles.