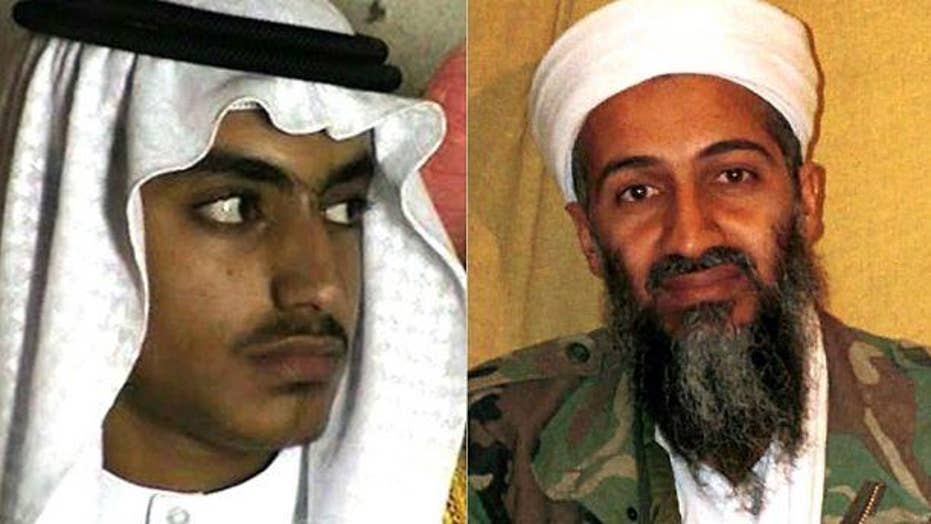 Usama bin Laden’s son, Hamzi, went to Afghanistan to become and Al Qaeda leader despite Usama’s brothers’ pleads begging him not to follow in his father’s infamous footsteps.

Usama bin Laden’s brother has pleaded with the al Qaeda founder’s son Hamza not to follow in his infamous father’s footsteps.

Hamza bin Laden, officially designated a terrorist by the U.S., surprised his family by going to Afghanistan where he has become an al Qaeda leader under Usama’s former deputy, Ayman al-Zawahiri, The Guardian reported Friday.

The paper reported that Usama’s brothers, Ahmad and Hassan, shook their heads when asked about their nephew.

“We thought everyone was over this,” Hassan told the Guardian. “Then the next thing I knew, Hamza was saying, ‘I am going to avenge my father.’ I don’t want to go through that again.”

Hassan added: “If Hamza was in front of me now, I would tell him, ‘God guide you. Think twice about what you are doing. Don’t retake the steps of your father. You are entering horrible parts of your soul.’”

Bin Laden's mother, Alia Ghanem, told the paper that her son was a good man until he was "brainwashed" in college by Islamic radicals.

"He was a very good child until he met some people who pretty much brainwashed him in his early 20s. You can call it a cult," she said.

Bin Laden was the mastermind of the 9/11 terror attacks in New York and Washington that killed nearly 3,000 people. He was killed in 2011 in his Abbottabad compound in Pakistan during a daring U.S. Navy SEAL raid.

In January it was reported that Hamza bin Laden’s 12-year-old son was killed in an airstrike along the Afghanistan-Pakistan border sometime in 2017. His father said the boy died a “martyr.”