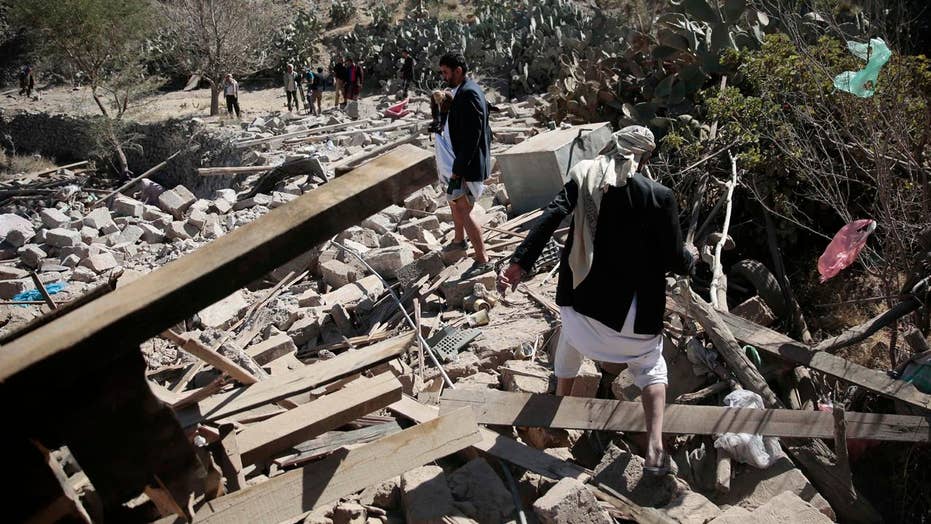 U.S. Central Command said Wednesday that Yemen was not forcing a change to its anti-terror strategy, after reports emerged that the Mideast country withdrew permission for U.S. ground operations there.

The New York Times, citing unnamed American officials, reported Tuesday it was unclear whether the Yemenis were influenced at all by President Trump’s travel ban order that included Yemen on the list of banned countries.

Yemen also pushed back. Foreign Minister Abdul-Malik al-Mekhlafi said his country called for a "reassessment" of the raid, but not a stop to ground operations. He added, "Yemen continues to cooperate with the United States and continues to abide by all the agreements."

U.S. Central Command said earlier this month that civilians may have been hit by gunfire from aircraft called in to assist U.S. troops, who were engaged in the ferocious firefight on Jan. 29.

The military said the civilians may not have been visible to the U.S. forces because they were mixed in with militants in the compound who were firing at U.S. troops "from all sides to include houses and other buildings."

The State Dept. weighed in on the latest reports. "The United States conducts operations consistent with international law and in coordination with the government of Yemen. We will not relent in our mission to degrade, disrupt and destroy," Al Qaeda and the Islamic State terror group, the department's acting spokesman Mark Toner said.

The Times reported that photographs of children apparently killed in the crossfire caused outrage in Yemen.

The Pentagon disputed published reports that the operation was compromised and that U.S. troops lost the element of surprise in the assault on the compound.

"We have no information to suggest that this was compromised," said Navy Capt. Jeff Davis, a Pentagon spokesman, saying the accounts do not "match with reality."

He said the U.S. special operations forces conducted the raid to get valuable information and intelligence, including about potential operations by Al Qaeda against the United States and the West.

The plan, he said, was to "go in, conduct a raid, grab things and go." When the firefight broke out, he said the team "needed to call in this support in order to ensure that they could get out and not lose their lives." Fighter aircraft and helicopters responded to provide cover from the air for the forces, which included a Navy SEAL team.

Navy SEAL William "Ryan" Owens was killed in the assault, and three other U.S. service members were wounded. Another three U.S. forces were wounded in the "hard landing" of an MV-22 Osprey aircraft at a staging area for the mission.

Davis said earlier this week that an unspecified number of women were part of the group of combatants battling the U.S. forces, and some were among the 14 killed in the firefight.

Planning for the clandestine counterterrorism raid began before President Obama left office on Jan. 20, but Trump authorized the raid.

He said Defense Secretary Jim Mattis supported the raid, and Trump approved it on Jan. 26.

The U.S. has been striking the militant group from the air for more than 15 years, mostly using drones. Sunday's surprise pre-dawn raid could signal a new escalation against extremist groups in the Arab world's poorest but strategically located country.