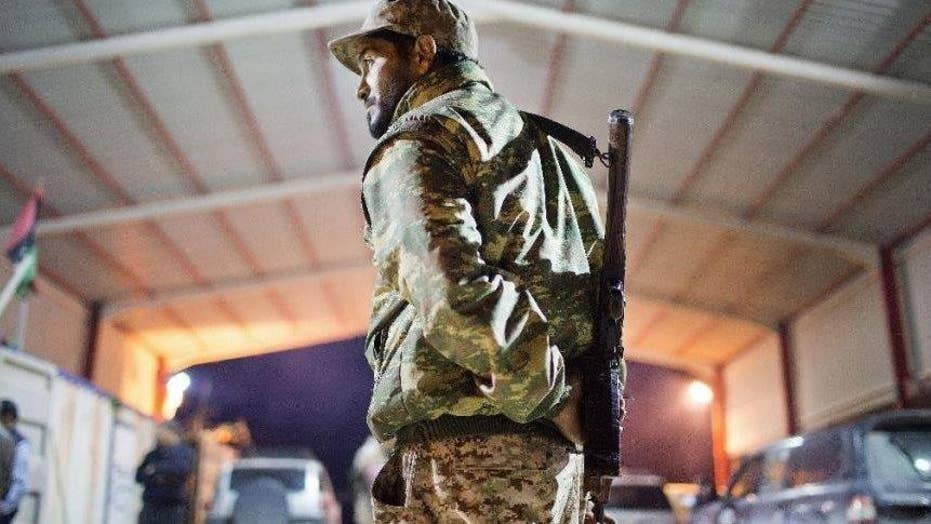 US to send weapons to Libyan government

Secretary of State John Kerry says the international community must seize the moment to defeat ISIS, other militant groups

The United States and other world powers say they are ready to supply Libya's internationally recognized government with weapons to counter the Islamic State and other militant groups gaining footholds in its lawless regions.

The world powers aim to push for exemptions to a U.N. arms embargo imposed on Libya to keep lethal arms away from Islamic extremists and rival militias vying for power. But in a communique obtained by The Associated Press, the U.S., four other permanent U.N. Security Council members and the more than 15 other nations participating at the talks say they are "ready to respond to the Libyan government's requests for training and equipping" government forces.

"The Government of National Accord has voiced its intention to submit appropriate arms embargo exemption requests to the UN Libya Sanctions Committee to procure necessary lethal arms and materiel to counter UN-designated terrorist groups and to combat Da'esh throughout the country," said the communique, using an alternate name for the Islamic State.  "We will fully support these efforts while continuing to reinforce the UN arms embargo."

The communique was to be issued at the end of the Libya talks Monday. U.S. Secretary of State John Kerry and top officials from more than 20 other nations have been conferring on ways to strengthen Libya's fledgling government. The aim is to give the internationally recognized administration more muscle in fighting Islamic State radicals and end its rivalry with a group to the east claiming legitimacy.

Before the meeting, however, German Foreign Minister Frank-Walter Steinmeier warned against undue optimism.

"The key question is whether Libya remains a place where terrorism, criminal human smuggling and instability continues to expand, or if we are able, together with the government of national unity to recover stability," he told reporters ahead of the meeting. "That, at present, is an open question."

The challenges are daunting.

Libya descended into chaos after the toppling and death of Moammar Gaddafi five years ago and soon turned into a battleground of rival militias battling for powers. More recently, the power vacuum has allowed Islamic State radicals to expand their presence, giving them a potential base in a country separated from Europe only by a relatively small stretch of the Medierranean Sea.

Also worrying for Europe is the potential threat of a mass influx of refugees amassing in Libya, now that the earlier route from Turkey into Greece has been essentially shut down.