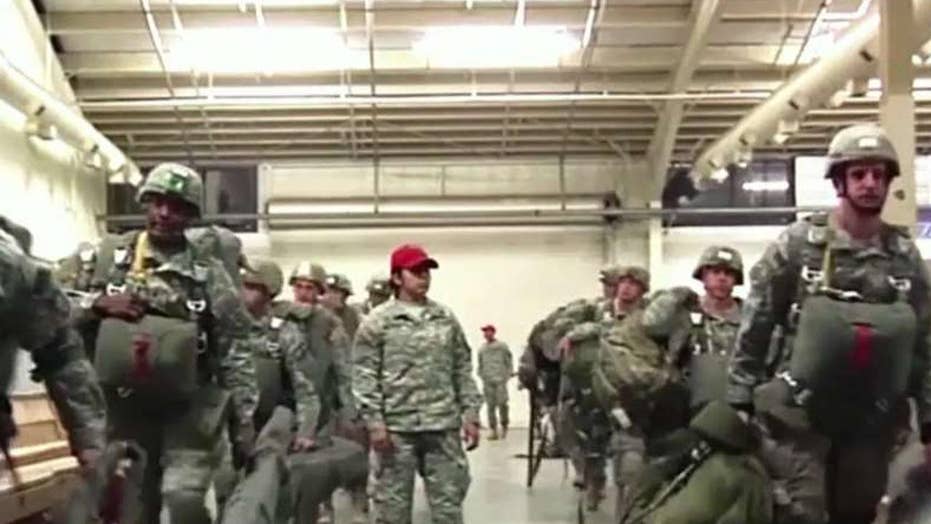 More American soldiers are headed to the fight against ISIS

Despite airstrikes, ISIS is still formidable in Libya; Lucas Tomlinson has the latest from the Pentagon for 'Special Report'

Somali commandos accompanied by U.S. forces in two helicopters raided two locations, the official said. They included a detention center run by al-Shabaab in Kunya-Barrow village in Lower Shabelle region, and an unknown number of detainees were freed.

Troops engaged a small number of extremist fighters, said the official, who spoke on condition of anonymity because he was not authorized to speak to the press.

The Al Qaeda-linked Al-Shabaab said via its Andalus radio arm that its fighters foiled an attempted raid by U.S. and African forces.

Earlier this month, the U.S. military said it carried out an airstrike against al-Shabaab in Somalia and was assessing the results. The airstrike followed another last month that the U.S. said killed eight extremists at a rebel command and logistics camp in the country's south. Somalia President Mohamed Abdullahi Mohamed said a training camp near Sakow in the Middle Juba region had been destroyed.

President Donald Trump has approved expanded military operations against al-Shabaab, including more aggressive airstrikes and considering parts of southern Somalia areas of active hostilities. The U.S. in April announced it was sending dozens of regular troops in the largest such deployment to Somalia in roughly two decades, saying it was for logistics training of the country's army.

The Horn of Africa nation is trying to rebuild after more than two decades as a failed state, and its chaos helped in al-Shabaab's rise. Now a new threat has emerged in the country's north with some fighters claiming alliance to the Islamic State group.

Al-Shabaab last year became Africa's deadliest Islamic extremist group, with more than 4,200 people killed in 2016, according to the Pentagon-supported Africa Center for Strategic Studies. The extremist group has vowed to step up attacks against the recently elected government and has carried out numerous deadly attacks in the capital, Mogadishu.

Pressure is growing on Somalia's military to assume full responsibility for the country's security. The 22,000-strong African Union multinational force, AMISOM, which has been supporting the fragile central government, plans to start withdrawing in 2018 and leave by the end of 2020.

The U.S. military has been among those expressing concern that Somalia's forces are not yet ready.