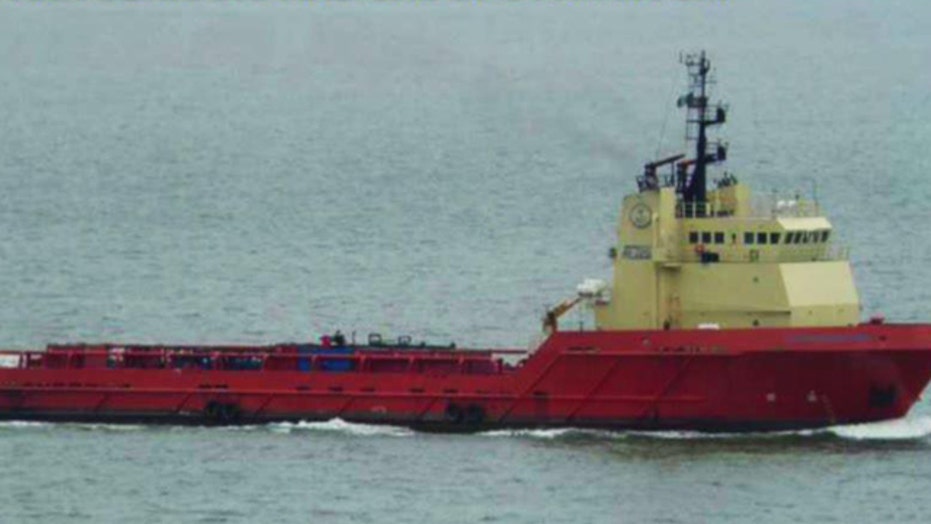 Two civilians reportedly back in U.S.

Two U.S. sailors who were kidnapped by pirates last month off the coast of Nigeria have been released, State Department officials confirm to FoxNews.com.

The unidentified civilians were released over the weekend after a ransom was paid, according to Drew Bailey, a State Department spokesman.

Both sailors are now returning home three weeks after they were kidnapped from their 200-foot-long ship, the C-Retriever, on Oct. 23 as it sailed near Brass, Nigeria in the Gulf of Guinea. The victims at the time were only identified as the ship’s captain and its chief engineer. Rebels in the oil-rich Niger Delta later told The Associated Press that they had been contacted by the kidnappers and said a rescue operation was underway.

Despite a recent decrease in attacks worldwide, pirates in the Gulf of Guinea have accounted for at least 30 piracy incidents this year, including two hijackings, according to the International Chamber of Commerce’s Maritime Bureau. By comparison, 11 reported incidents, including two hijackings, have occurred off Somalia. Globally, 206 incidents and 11 hijackings have been tallied this year, according to statistics provided by the organization earlier this month.

Separately, the International Maritime Bureau reported last month that attacks in the gulf were up by one-third, with more than 40 piracy attacks this year. A total of 32 crew members were taken off the coast of Nigeria, compared to two off Togo’s coast to the west.

Capt. Eric Flanagan, a Marine Corps spokesman, confirmed to FoxNews.com last week that Marine officials are now considering expanding its presence in and around the Gulf of Guinea to thwart piracy and other threats.

The speculative plan, first reported by Foreign Policy, would include the force of about 550 Marines and six MV-22B Ospreys, allowing quick transport for Leathernecks around the globe, Flanagan said.
Similar crisis-response teams are also being considered for the Middle East and the Caribbean, said Flanagan, adding that the plan remains in early stages.

But with a Navy ship stationed in or near the Gulf of Guinea, Flanagan said Marines could quickly respond to situations in northwest Africa and beyond.

“It’s being considered,” Flanagan said earlier this month. “At the moment, some of these things are still in the works, but this a potential response that the Marine Corps can provide.”

Lt. Gen. Richard Tryon detailed the possible extension during an Oct. 30 speech accompanied by a slide that depicted a single ship based in the Gulf of Guinea off Nigeria.