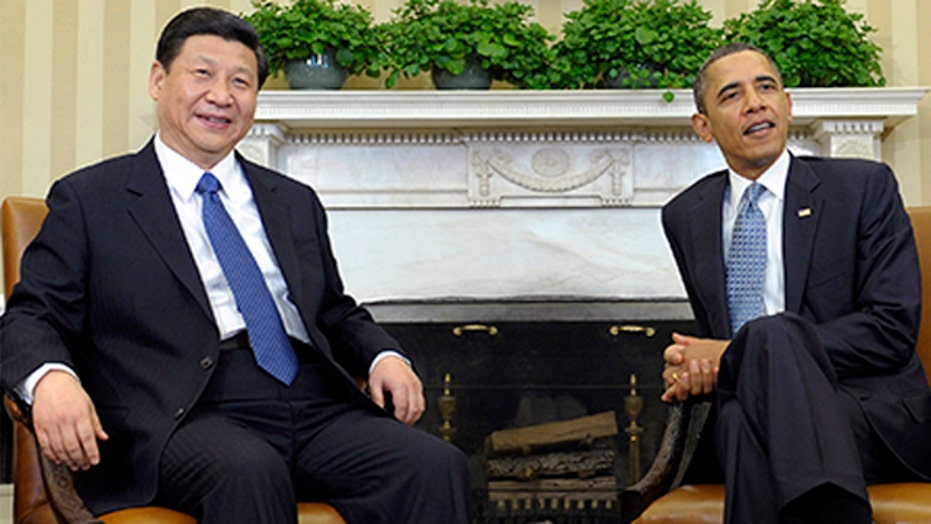 Does China feel threatened by US military boost in Asia?

Dr. Michael Auslin on whether America's pivot towards Asia is working

President Obama wrapped up a four-country swing through Asia Tuesday after working to reassure allies in the region that the U.S. will uphold its commitment to defend them. The president’s trip was seen as a way for the U.S. reassert its military position in the region.

“All of our troops are up in the northeast, in Japan and [South] Korea and nothing in the southeast,” Auslin said.  “That’s where China has taken the opportunity to expand a lot of its [territorial] claims.”

Regional experts have debated whether this decision by the White House is an attempt to contain China.  Auslin sees that playing out, saying Beijing’s “aggressive rejection for stable international order” and its “paranoid world view” could cause a widespread conflict in the region.

“One way to predict what they want to do is look at the actions they’ve taken as they’ve gotten stronger,” Auslin said. “They have become far more assertive and corrosive toward their neighbors – that’s not a good sign.”

He says the Obama Administration hasn’t been clear on what a “pivot to Asia” means for U.S. policy. This has puzzled both officials at home and regional players in the East.

“[They] have never articulated what the pivot was for – why do you need a rebalance,” said Auslin. “On the other hand, this is designed to at least respond to what China is doing and most likely contain China’s influence.”

Watch the full interview with  Dr. Michael Auslin above.