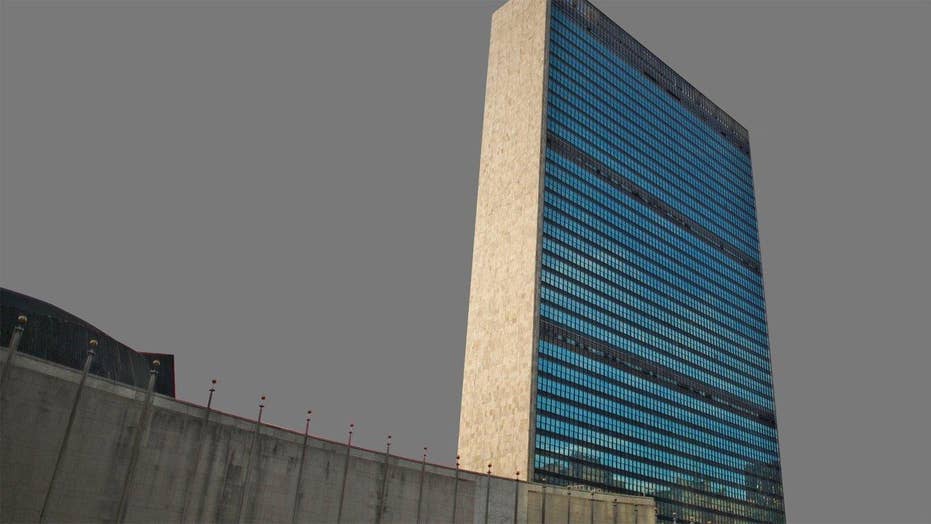 The U.S. pays more to the U.N. than France, the UK, China and Russia combined

The U.S. is locked once again in a back-room struggle with developing nations over how much of the United Nations tab Washington will pick up over the next three years, especially the bill for peacekeeping activities.

There is cautious hope among diplomats that the U.S. can chip away at least marginally at the U.N.’s “scale of assessments”-- a dues system loaded in favor of many poor and not-so-poor countries that pay less than their fair share, and saddle the small number of rich countries -- especially the U.S. -- with the difference.

In broad terms, the bottom line will remain the same: the U.S. will continue to pay billions more than everyone else. Last year, the U.S. handed over $3 billion toward the U.N.’s so-called “regular” Secretariat budget and its peacekeeping forces, though the full amount of U.S. contributions to the U.N. system -- the Obama administration does not divulge them -- was much more.

The last official tally of overall U.S. contributions, in 2010, was about $7.6 billion, and that was widely considered a low-ball figure.

The bigger the overall bills, the bigger is the share in dollar terms the U.S. must pay because of its outsized dues percentages.

The next-biggest percentage payee, Japan, forks over 10.83 percent of both the U.N.’s regular budget and peacekeeping spending, and as a result signed a check for about $1.23 billion -- about 40 percent of the U.S. total. Powerhouses like Germany fall even further behind.

The U.S. peacekeeping tab is more than the tally for the other four veto-wielding members of the U.N. Security Council -- France, the United Kingdom, China and Vladimir Putin’s Russian Federation --combined.

On the other hand,  the least-paying 176 countries at the world organization -- and there are only 193 in the U.N. system -- coughed up in toto little more than Japan-- some $1.4 billion for both their peacekeeping and “regular” dues, according to figures compiled by the conservative Heritage Foundation.

Taken separately, the peacekeeping tab for the Bottom 176 is even worse: about 10 percent of the bill, or roughly $848 million, again less than Japan’s share.

This year, however, a few factors are favorable to change, starting with the fact that the annual cost of U.N. peacekeeping appears, for the first time in a decade, to be going down rather than up.

One cause: A small number of expensive U.N. missions, including that in Haiti, for example, have shrunk considerably, and some are likely to shrink more.

The other reason for a difference is that some of the biggest economies in the so-called developing world -- China, Russia, Korea, not to mention Brazil and Argentina -- are likely facing hikes in their U.N. percentage tabs due to rising local Gross Domestic Product, producing increases in their “regular” dues rates of 30 percent or more.

In some cases, notably Argentina’s, the hike will still be hard to spot: that country’s share of regular U.N. dues actually rose dramatically in the past two years -- from 0.0574 percent to .432 percent.

A further catch in the budget process is that many countries actually receive a discount from their regular dues for peacekeeping, which the five veto power countries in the U.N. Security Council are expected to pick up as a “premium” that ticks upward from their baseline “regular” budget dues in exchange for their veto-wielding status.

Outcome: the U.S. once again gets hosed worse than other members of the veto club, even though the percentage increase in its “premium” rate is the same as for other nations that don’t pick up anywhere near as much of the U.N.’s “regular” tab, because of its higher baseline, bringing its peacekeeping share to the current 28.36 percent level.

“When the math [of discounts] was created, perhaps the dynamic was not clearly understood,” says a U.S. official.

This year, American effort is aimed, according to the official, at ways “to get the discounts streamlined, and eliminate those for the wealthiest countries.”

Among the countries targeted for persuasion are Saudi Arabia, the Gulf Arab states, and prosperous mini-states like Singapore.

Saudi Arabia, for example, had an oil-inflated GDP of 746.25 billion in 2014, its highest level ever. But its share of the U.N. regular budget was a measly 0.864 percent, and its peacekeeping share, due to discounts, even lower: 0.518 percent.

Spain, with twice the GDP of Saudi Arabia, but a much larger population -- which means its per-capita wealth is significantly less -- pays more than three times as much as the Saudis for the regular U.N. budget, and nearly six times as much for peacekeeping.

Will the U.S. effort pay off?

“The situation is fluid,” a U.S. diplomat told Fox News. “I can’t say we have clarity.”

In other words, no one is likely to be sure until somewhere around Christmas Eve, if then.