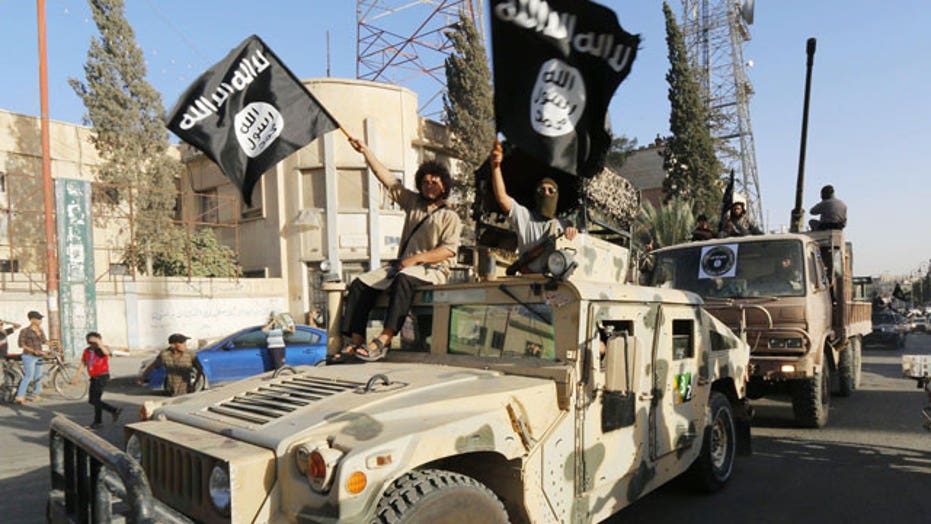 Is US going too far with possible ISIS airstrikes in Syria?

As the debate heats up on whether the U.S. should expand its targeted airstrikes against the terrorist group Islamic State -- also known as ISIS -- into Syria, Fox News National Security Analyst KT McFarland spoke to Daveed Gartenstein-Ross about the potential next steps.

Gartenstein-Ross is a senior fellow at the Foundation for Defense of Democracies, a national security and foreign policy think tank, and is author of “Bin Laden's Legacy: Why We're Still Losing the War on Terror.”

U.S. Central Command has conducted 96 airstrikes against extremists across Iraq since early August. Of those, 62 have been in support of Iraqi forces near the Mosul Dam.

Gartenstein-Ross believes airstrikes have worked so far, but the U.S. needs to develop a “broader strategy” before possibly moving beyond Iraq.

“Airstrikes alone is not a strategy, even though they have succeeded so far in turning back some of ISIS’ momentum,” said Gartenstein-Ross. “I think the strategy needs to focus on ISIS’ weaknesses.”

He says ISIS has “basically betrayed everyone who has decided to work with it, so it’s surrounded by enemies right now.” This can potentially give the U.S. and its allies leverage against the terrorists.

“So accentuating those fissures, helping ISIS’ enemies -- including providing weapons, intelligence, and money to non-state actors -- similarly to what the U.S. did earlier during the [2007] surge in Iraq … would be a more comprehensive strategy,” said Gartenstein-Ross.

He added, “this is the kind of thing that should be in our arsenal because Iraqi forces alone are not doing the trick.”