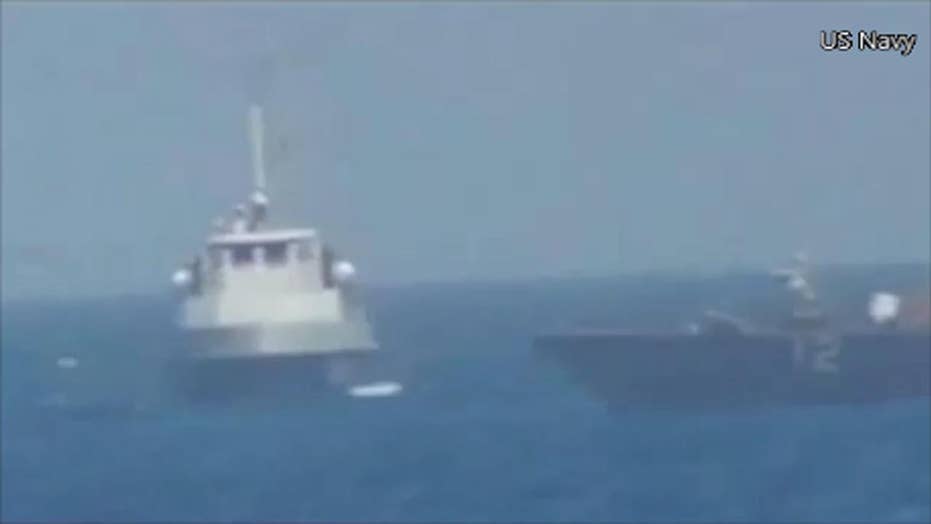 The USS Nimitz, accompanied by another U.S. ship, fired the shot Friday as a helicopter hovered over the Iranian ships near an Iranian offshore oil-drilling platform in the Persian Gulf, the report said.

The U.S. ships then left the area, according to the report.

The confrontation occurred just three days after a similar face-off involving the USS Thunderbolt. An Iranian vessel had ignored repeated radio calls as it sped toward the U.S. ship, prompting the American vessel to fire warning shots, Fox News reported.

U.S. military vessels have had approximately 60 unsafe interactions with Iranian ships in the Gulf since 2015, according to U.S. military records.

The sanctions were prompted by the Muslim country’s failed missile launch Thursday, which was believed to be part of a Tehran government plan to create an intercontinental missile capable of carrying nuclear weapons.