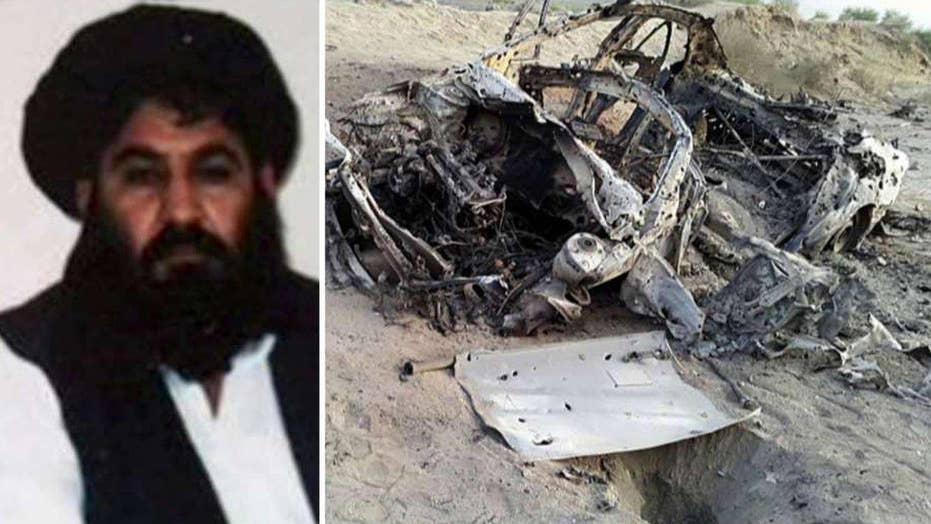 New details on US drone strike that killed Taliban leader

WASHINGTON – After months of debate, the U.S. is moving toward a decision to expand the military's authority to conduct airstrikes against the Taliban as the violence in Afghanistan escalates, a senior U.S. defense official said Thursday.

The official said a final decision has not been made. But there is a broad desire across the Obama administration to give the military greater ability to help the Afghans fight and win the war. The U.S. is likely to expand the authority of U.S. commanders to strike the Taliban and do whatever else is necessary with the forces they have to support the Afghan operations.

The 9,800 U.S. troops still in Afghanistan, however, would still not be involved in direct combat.

The official was not authorized to talk publicly about the discussions so spoke on condition of anonymity.

The discussions, which are in their final stages, come as the Afghans struggle with a resurgent Taliban, particularly in the south.

The U.S. has continued to conduct counterterrorism strikes against al-Qaida and Islamic State militants in Afghanistan. But strikes against the Taliban were largely halted at the end of 2014, when the U.S.-led coalition's combat role ended. Limited strikes have been allowed in cases of self-defense or when Afghan forces were in danger of being overrun.

Gen. John Nicholson, the top U.S. commander in Afghanistan, has discussed with Defense Secretary Ash Carter his recommendations for moves the U.S. can make to further assist the Afghans. And there have been ongoing conversations with the White House.

Pentagon press secretary Peter Cook, asked Thursday whether the administration was looking at expanding the U.S. military's authorities to strike the Taliban more broadly, said: "In every step of our review of Afghanistan, the question of what's the best way to use our forces is something we're constantly looking at. It's also in the same sense that we're looking at the number of troops. We are always looking at the authorities question and the best use of our troops."

Nicholson's predecessor, Gen. John Campbell, made it known before he left Kabul in March that he believed Carter should consider expanding U.S. military authorities to take on the Taliban.

Also under discussion is whether the U.S. should reduce the number of American troops in Afghanistan to 5,500 as planned by the end of this year, or if a higher number is needed. Campbell favored keeping the troop level at the current total of 9,800 into next year.