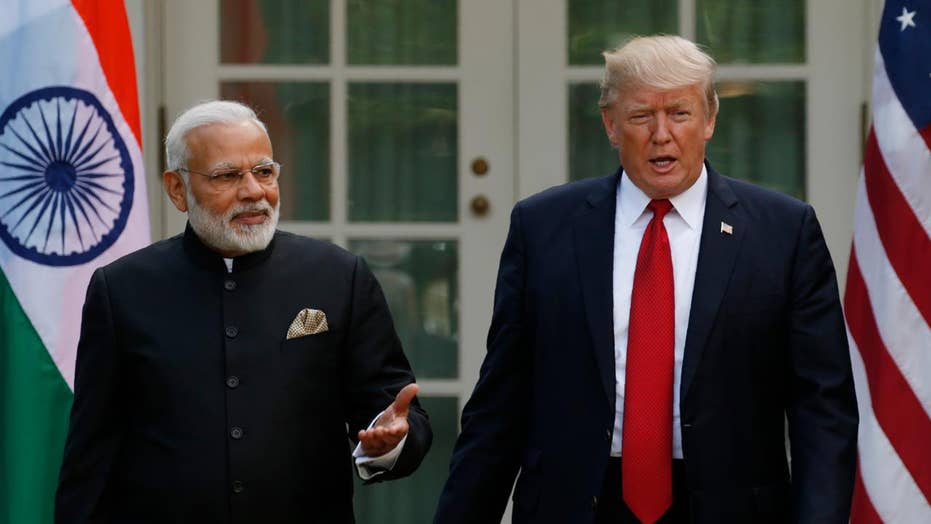 Trump: India has a true friend in the White House

Defense trade between the U.S. and India has totaled about $15 billion over the past decade, and the leader of the U.S. Pacific Command says that spending rate could increase as the two countries work to modernize India’s military.

The U.S.-India relationship “places India on the same level that we have many of our treaty allies," U.S. Navy Adm. Harry Harris told the Press Trust of India.

"This is important, and I believe that together we will be able to improve India's military capabilities in significant and meaningful ways,” Harris said.

India has also invested heavily in defense deals with other partners in recent years, including a $630 million missile defense deal signed in April with an Israeli aerospace firm, the Jerusalem Post reported.

The U.S. has cultivated its relationship with India’s military as part of efforts to keep peace in the Indo-Asia-Pacific region, the Times of India reported. Japan and Australia have also been regional partners, the report said.

“I think the trilateral relationship between India and Japan and the U.S., that relationship is very important," Harris told PTI, adding that Australia remains another key player.

India and the U.S. have conducted joint naval exercises in the Malabar region, on India’s west coast, since 1992, with Japan joining in 2015. Harris said the U.S. “could explore together bringing Australia into the exercise,” however that’s “a decision for India to make.”

“Both our nations have been struck by the evils of terrorism, and we are both determined to destroy terrorist organizations and the radical ideology that drives them. We will destroy radical Islamic terrorism,” Trump said at the time.

Modi did not use the same terminology, but stressed the importance of “doing away” with terrorist sanctuaries and safe havens, apparently reflecting Indian concerns about militants based in Pakistan, India's historical archrival. He said the U.S. and India will enhance intelligence-sharing.