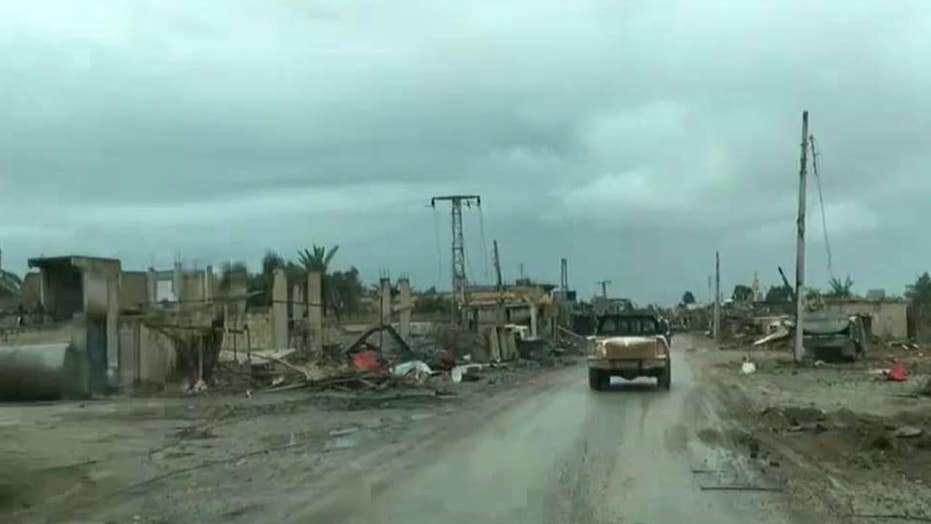 Kurdish forces worry about US troop withdrawal from Syria

The America-led coalition bombed elements of the Syrian Army in the eastern portion of the country, an official confirmed to Fox News.

It's not clear how many Syrian Army personnel may have been killed or injured. There were no U.S. troops near where the attack took place, officials said.

"Our partner forces were fired upon and exercised their inherent right to self-defense. It is under investigation, so I cannot comment further at this time," Col. Sean Ryan, U.S. coalition spokesperson, told Fox News via email.

Syrian state media said that U.S. jets hit a Syrian Army position near an area where Islamic State is being rooted out.

“U.S. coalition aircraft launched an aggression this evening against one of the Syrian Arab army formations operating in the Albukamal area in the southeastern countryside of Deir al-Zor,” Syrian state news agency SANA cited the military source as saying early on Sunday, according to Reuters.

The source told Reuters that two soldiers were injured and an artillery piece was destroyed.

ISIS now only holds a few villages in Syria, having lost the vast majority of its territory during offensives that took place in 2017.

The Trump administration is considering a plan to pull all 2,000 American troops out of Syria.