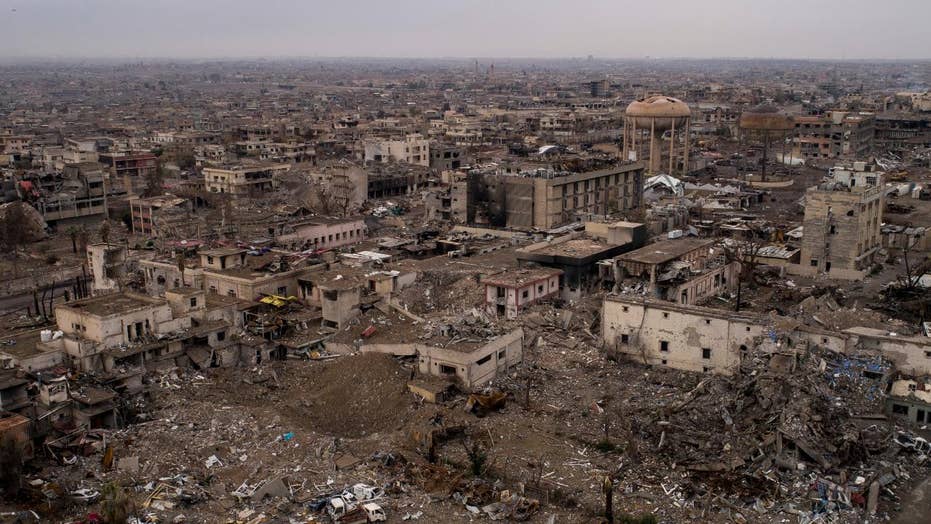 Pentagon: ISIS has lost nearly all its territory

The U.S. military says ISIS has lost 98 percent of the territory it once held, half of those losses coming since President Trump took office; Lucas Tomlinson reports from the Pentagon.

Following the success U.S.-led military campaign against the Islamic militants in Syria and Iraq – who lost 98 percent of the territory they once held – the fighters have been spotted moving westward towards areas controlled by Syrian dictator Bashar al-Assad, the Military Times reported.

British Army Maj. Gen. Felix Gedney, deputy commander for strategy and support for the U.S.-led military intervention against ISIS, told reporters the militants were seen moving towards the Assad-controlled areas.

“They seem to be moving with impunity through regime-held territory showing that the regime is either unwilling or unable to defeat (ISIS) within their borders,” Gedney said.

Gedney noted that although the coalition forces “will remain committed to the mission in Syria until ISIS no longer poses a threat,” it will not strike any ISIS militants active in the Assad-controlled territory.

“We’ve got no intention to operate in areas that are currently held by the regime,” he said, according to the Times.

The U.S. military assessment says fewer than 1,000 ISIS fighters remain in Syria and Iraq – down from a peak of nearly 45,000 two years ago.

But with the latest success, the Russian and Syrian governments called on the U.S. and coalition forces to leave the region and effectively hand all security concerns to them.

Gedney reiterated that the coalition will remain in the region as the mission is still not complete – it is not focused on countering any ISIS insurgency in the months to come after their loss of the territory.