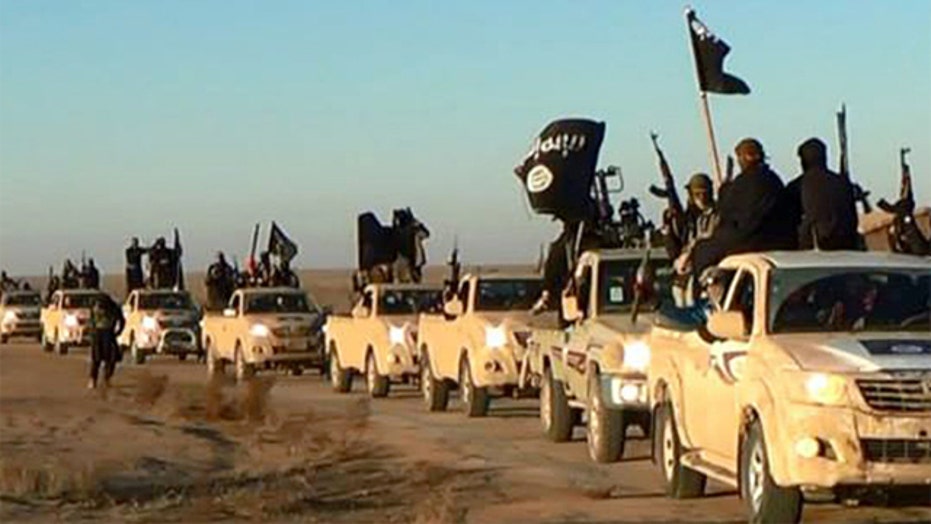 Reports say ISIS has chlorine for use as possible chemical weapons

Pentagon sources told Fox News that the "remotely piloted aircraft" was a commercial drone being used to monitor battlefield movements.

A CJTF spokesman told Fox News that the drone was seen being operated from a car, and when the drone was put back in the car, it was destroyed.

The time of observance to destruction was 20 minutes, the spokesman said.

There were no immediate answers to how the drone was acquired.

"This RPA [remotely piloted aircraft] was not on the same scale of what we are using," the CJTF spokesman told Fox News.  "We did not give it to them. It was not armed."

Other strikes, which took place between Tuesday and Wednesday, also destroyed ISIS excavators near Mosul and Kirkuk and struck a rocket facility near Al Qaim.

A strike in Syria hit an ISIS tunnel system and a tactical unit.