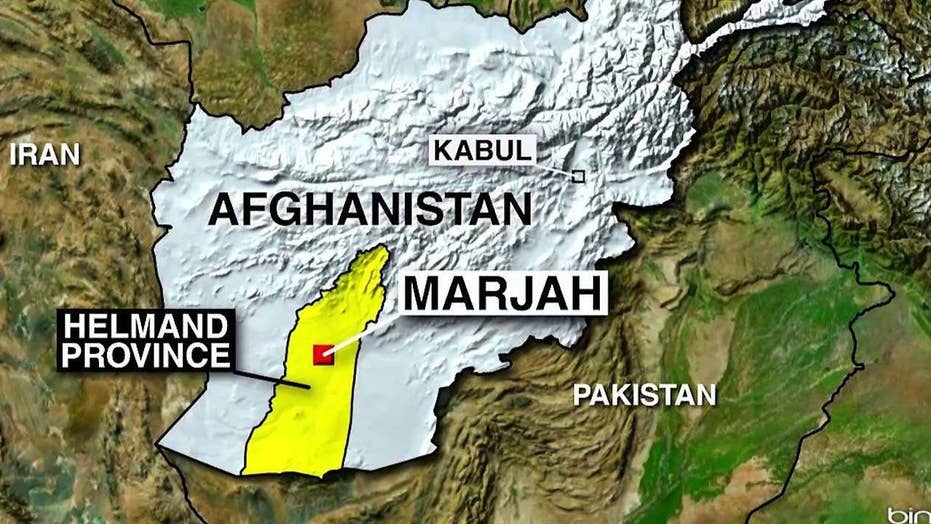 A team of U.S. special operations forces who suffered one casualty while fighting the Taliban in Southern Afghanistan on Tuesday were pulled out of the area a short time ago, a senior defense official told Fox News Wednesday.

A QRF or quick reaction force consisting of dozens of U.S. military infantry forces remains on the ground in Marjah in Helmand province to guard a damaged Blackhawk helicopter which remains in the compound.

On Tuesday, when crews on two rescue or “medevac” helicopters tried to extract the body of one special operations solider killed in action as well as two wounded servicemen, one helicopter’s rotor blades hit the wall in the compound attempting to land inside.

The undamaged helicopter was “waved off” after receiving ground fire.

The damaged helicopter was recovered and lifted out early Thursday.

When the reinforcement team of U.S. troops, part of the QRF, arrived late Tuesday, they extracted the body of the U.S. special ops soldier as well as two wounded American soldiers. The crew of the damaged Blackhawk was evacuated too.

The slain soldier was identified by the Pentagon as Staff Sgt. Matthew Q. McClintock, of Albuquerque, New Mexico.

Officials told Fox News Wednesday that the U.S. has conducted 12 airstrikes in Marjah to support American and Afghan forces.

The Taliban in recent weeks have focused on retaking parts of Helmand, and the U.S. has countered with special operations forces working with Afghan troops, according to The Associated Press.

A U.S. official described the “harrowing” scene to Fox News, saying there were enemy forces surrounding the compound in which the special operations team sought refuge.

“On the map there is one green dot representing friendly forces stuck in the compound, and around it is a sea of red [representing hostile forces],” the official told Fox News.

An AC-130 gunship was called in for air cover.

The joint U.S. and Afghan special operations team was sent to Marjah to clear the area of Taliban fighters, who have retaken most of the town since November.

There were nine airstrikes on Tuesday in support of a clearing operation.