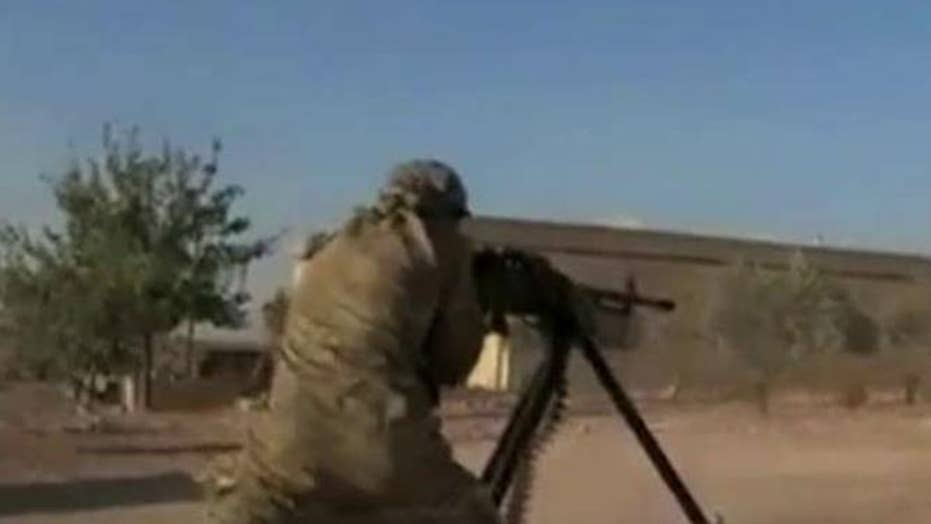 'The Voice of the Caliphate' was used as recruiting tool

"Voice of the Caliphate" radio was destroyed by two U.S. airstrikes, according to a U.S. military official, who spoke on condition of anonymity because he was not authorized to brief media on the subject.

An ISIS affiliate has emerged in Afghanistan over the past year, with a military presence in districts near the border with Pakistan. The radio station was broadcasting illegally across Nangarhar, calling on fighters to join the group and threatening journalists in the provincial capital, Jalalabad.

Afghan officials had said they believed the broadcasts were coming from mobile facilities that could be moved easily back and forth across the mountainous border.

The spokesman for the Nangarhar governor, Attaullah Khogyani, said the strikes had also killed 21 ISIS supporters, including five who were working for the radio station.

The station was set up in late 2015, following months of fierce fighting between ISIS group militants and the Taliban, who also maintain a significant presence in the region. Although ISIS and the Taliban both want to impose a harsh version of Islamic rule, they are bitterly divided over leadership and strategy, with the Taliban narrowly focused on Afghanistan and ISIS bent on establishing a worldwide caliphate.

Radio is a powerful medium in Afghanistan, where most people do not have televisions and only 10 percent of the population has access to the Internet. Nearly everyone has access to radio, with around 175 stations operating across the country.

Elsewhere in the country, three Afghan army officers died when their vehicle hit a roadside bomb late Monday in the Gereshk district of southern Helmand province, according to the district's administration chief, Mohammad Sharif. He said the dead included Gen. Atta Mir, a brigade commander in Gereshk.

In the northern city of Kunduz, a secretary for the provincial governor's office was shot dead near his home on Monday evening, the governor's spokesman, Abdul Wasi Basel, said.

He said that no one had claimed responsibility for the killing of Mohammad Zarif.

The Taliban seized Kunduz for three days last year, and only fully withdrew after a two-week counteroffensive that devastated much of the city.