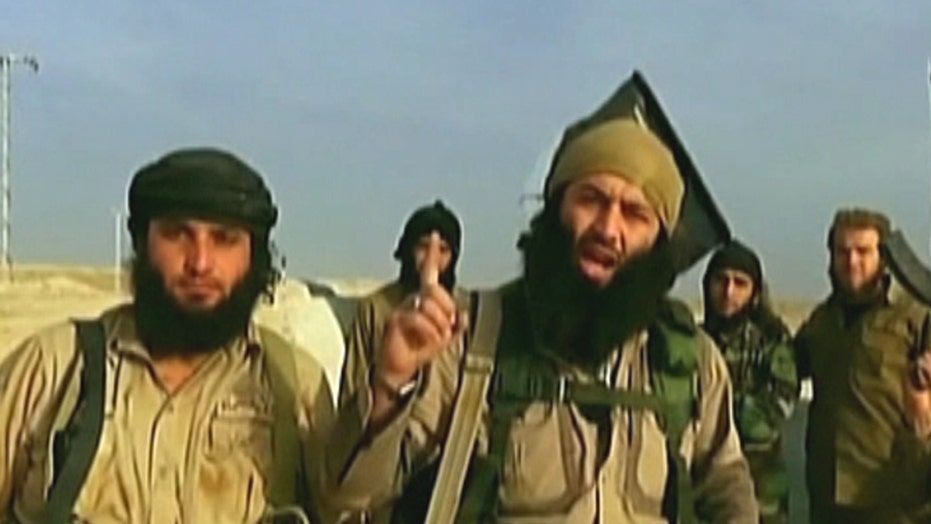 Where does ISIS get money to fund terror business?

Benjamin Hall reports on where terror group gets their money

An airstrike by the U.S. blew up an ISIS warehouse in Mosul, Iraq where the terror group stored the equivalent of millions of dollar in cash to finance their operations, a senior U.S. defense official told Fox News on Monday.

The cash storage facility in the Iraqi city was hit by two 2,000-pound bombs, according to the official.

It was unknown how much money was in the facility, but it is estimated to be “in the millions,” the defense official said.

U.S. airstrikes have previously hit “one or two” cash facilities used by ISIS.

ISIS has used a robust taxation system across territory it controls to ensure that oil isn’t the only source of money flowing into terrorists’ coffers, an investigation last month revealed.

Even if coalition airstrikes succeed in bringing down ISIS’ production of oil -- which nets the terror group an estimated $450 million in revenues each year – a small army of tax collectors is raking in nearly as much, the Financial Times reported.

Western intelligence officials, former ISIS fighters and Syrians and Iraqis within ISIS-held territory say the group’s zakat tax, which is a form of almsgiving in Islam, is keeping its economy churning.

Zakat, which dates back to the days of the Prophet Muhammed, requires Muslims to hand over portions of their income and can be given to those who are fighting for a holy cause, the Financial Times reported.

ISIS’ interpretation of zakat takes 2.5 percent of capital from wealthy residents and businesses, 5 percent of irrigated crops and 10 percent of rain-fed crops from farmers, and days of service from doctors, who are forced to volunteer once a week at area hospitals. The result is hundreds of millions of dollars in revenue each year, the investigation found.

ISIS even collected $23 million in taxes on salaries the Iraqi government paid to officials in the city of Mosul for almost a year after it was taken over by the group.

Estimates based on statistics provided by Iraqi officials and Syrian farmers reveal that $20 million worth of zakat was collected on grain and cotton, while trucks traveling into ISIS territory were charged customs duties totaling up to about $140 million a year, the Financial Times reported.