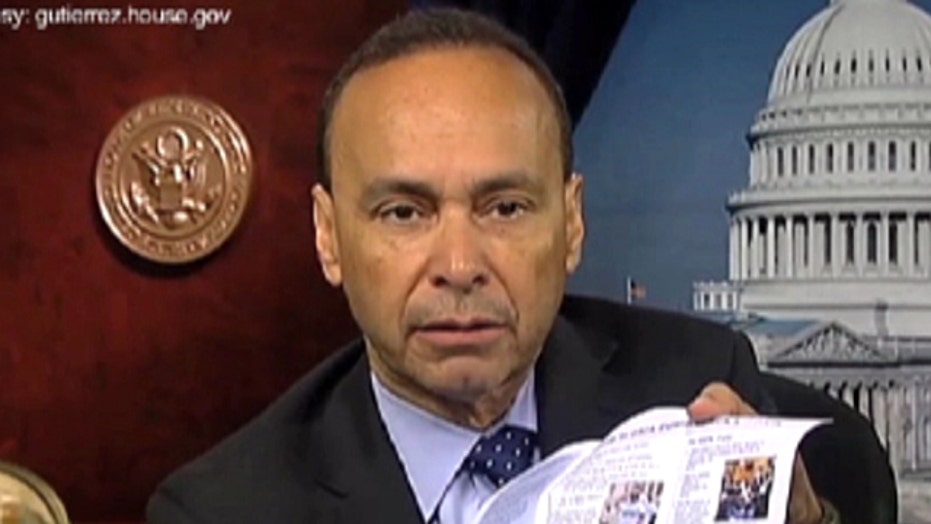 Illinois Congressman Luis Gutierrez introduced the Immigrant Family Defender Toolkit- a pamphlet designed to help undocumented immigrants explain why they should not be deported.

One congressman is spearheading an effort to help undocumented immigrants avoid deportation with what some are calling a “get out of deportation” free card.

Rep. Luis Gutierrez (D-Ill.) and other House Democrats have created the Family Defender Toolkit, an informational pamphlet that includes an "emergency card" that lists the reasons why a person should not be deported.

“By using this card after you’ve been arrested or detained, you can explain that under the policy in place today, you should be released because you are not a priority for deportation,” said Rep. Gutierrez in an introductory video.

The two-page booklet details what legal documents immigrants should prepare in order to avoid deportation under President Obama’s immigration action-- even though the action is currently being held by a court injunction.

“I created this toolkit for you to protect yourself from deportation. Even though you cannot apply yet for the expanded DACA (Deferred Action for Childhood Arrivals) and new DAPA (Deferred Action for Parents of Americans and Lawful Permanent Residents) you can still prepare,” said Gutierrez.

Although President Obama’s program is on hold, Gutierrez wants undocumented immigrants to become familiar with the reasons as to why they are considered a low priority for removal.

He says the card should only be used when speaking to immigration official.

“I hope that you never have to use this card,” he said. “But if you do, don’t be scared because you are prepared. Soon enough the DACA and DAPA applications will be available, and when that time comes you will have everything you need to apply,” he said.

Critics of Gutierrez’s toolkit say his actions are deliberately “flaunting the law” and encouraging a false sense of security to those illegally crossing the border.

“Rep. Gutierrez is only interested in open borders, which wreak havoc on the 93 million middle-class Americans already out of work and the millions more who are seeing their wages reduced due to companies hiring illegal workers,” said Aaron del Mar, Republican Party Chairman from Cook County, Illinois.

The Department of Justice is currently trying to reverse the hold on President Obama’s executive action on immigration. That hearing is set for April 17th.